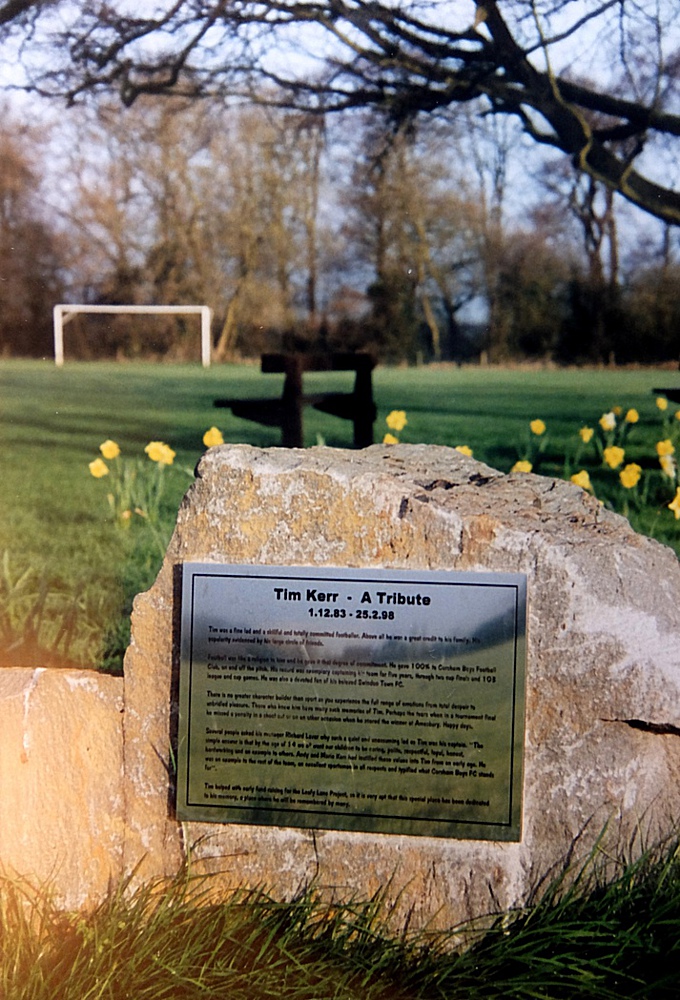 The memorial plaque for Tim Kerr was installed at Leafy Lane Playing Fields following his untimely death in 1998 and for many years, teams in the Mid-Wilts Youth & Minor League competed for the Tim Kerr Memorial Trophy. The competition has now been discontinued but one would have thought that the plaque would be a permanent fixture at Leafy Lane. It certainly seems that that was the intention but the plaque has now 'disappeared' along with the bench dedicated to Tim (but see the foot of this article). The text of the tribute to Tim follows.

Tim was a fine lad and a skilful and a totally committed footballer. Above all he was a great credit to his family. His popularity was evidenced by his large circle of friends.

Football was like a religion to him and he gave it that degree of commitment. He gave 100% to Corsham Boys Football Club on and off the pitch. His record was exemplary captaining his team for five years through two cup finals and 103 league and cup games. He was also a devoted fan of his beloved Swindon Town FC.

There is no greater character builder than sport as you experience the full range of emotions from total despair to unbridled pleasure. Those who knew him have many such memories of Tim. Perhaps the tears when in a tournament final he missed a penalty in a shoot out or on another occasion when he scored the winner at Amesbury. Happy days.

Several people asked his manager Richard Laver why such a quiet and unassuming lad was his captain. The simple answer is that by the age of 14 we all want our children to be caring, polite, respectful, loyal, honest, hardworking and an example to others. Andy and Marie Kerr had instilled these values into Tim from an early age. He was an example to the rest of the team, an excellent sportsman in all respects and typified what Corsham Boys FC stands for.

Tim helped with early fundraising for the Leafy Lane Project so it is very apt that this special place has been dedicated to his memory, a place where he will be remembered by many. 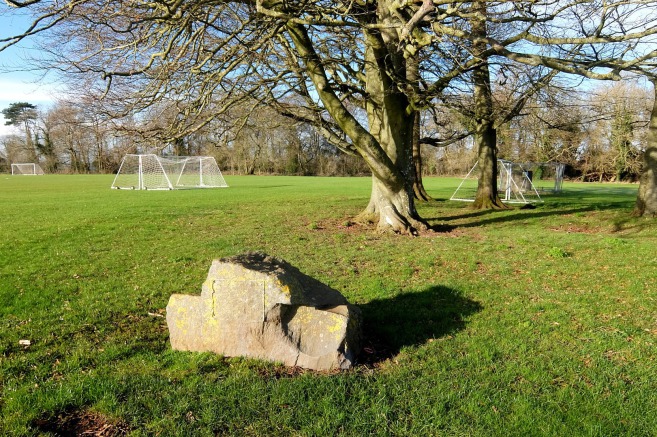 With dismay, I noted that the rail of the bench with the dedication plaque to Tim still in place had been discarded beneath the line of trees that separate the playing fields proper from the small meadow - see below. 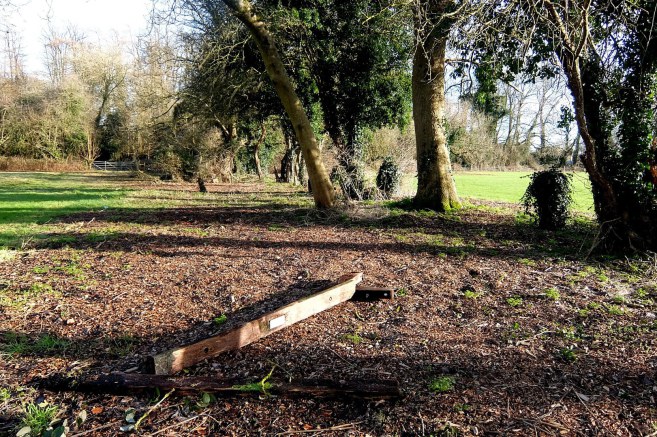 The tribute plaque and all the benches including the one dedicated to Tim had, over the years, suffered the ravages of time and had effectively disintegrated. It isn't clear how 'Tim's rail' ended up where it has but the Leafy Lane Playing Fields organisation intends to establish a new, permanent memorial to Tim within the clubhouse based on Richard Laver's original tribute.