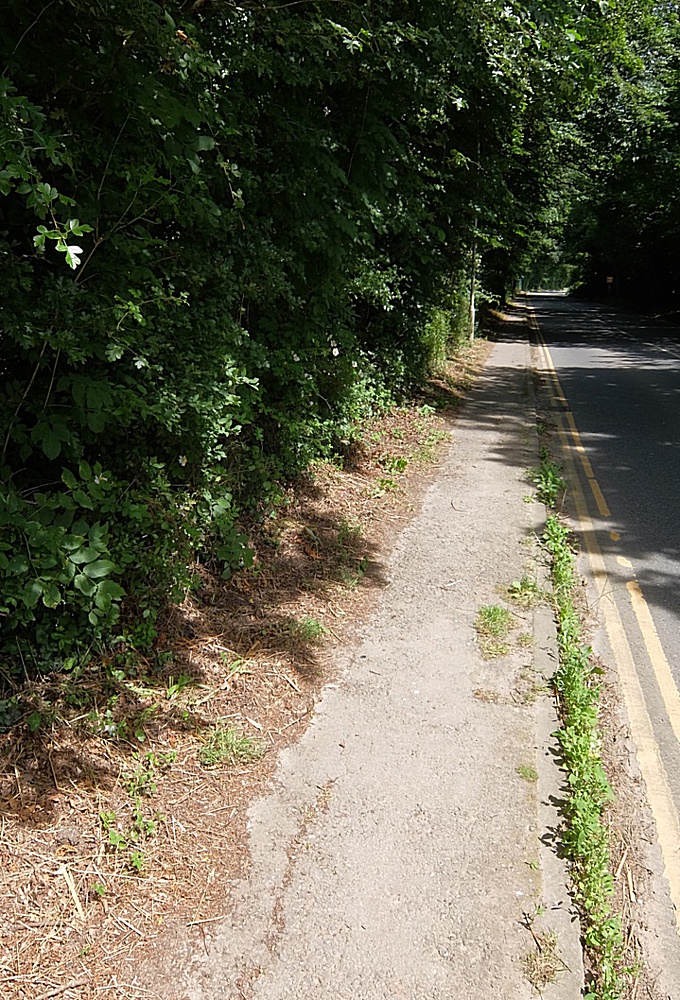 24th June 2018 and it's high summer on the Bradford Road at Rudloe. The biblical quotation 'Father, forgive them for they know not what they do' comes to mind as Wiltshire Council blunders about the countryside spraying weedkiller, misidentifying shrubs as Japanese knotweed and cutting back verges to within a millimetre of their lives. Here we see the Bradford Road verge which, in years gone by, was flush with wild strawberries now just a patch of bare earth. One strawberry plant remains which may be seen in the gallery below.

Saturday's (June 24th) Times 'Nature Notebook' column extolled the virtues of the wildlife charity Plantlife and included the following 'Roadsides often support spectacular verge floras that can delight travellers ... and we all need a regular dose of nature's beauty'. The charity has produced  a Good Verge Guide which states that early and frequent cutting reduces plant diversity by encouraging coarse grasses and other vigorous plants such as cow parsley which then require more cutting. The guide argues that it is best to cut once, between mid-July and late September. Earlier cutting destroys attractive summer flowers such as betony, field scabious, knapweeds and orchids. And wild strawberries!

Wiltshire Council's website illustrates their 'verge' mentality: Wiltshire council both actively and routinely maintains the following areas to ensure they do not pose any threats:

Threats! Is Wiltshire threatened by triffids? Maybe a 21st-century remake, The Day of the Wild Strawberries, of John Wyndham's classic is in the offing. But really, this is preposterous - threats from hedges, verges and weeds indeed!

I would propose to Wiltshire Council and Box Parish Council that, following the daffodil planting in Leafy Lane undertaken by residents of Springfield Close many years ago, 'we' now plant wild flower verges in Rudloe in the manner of those wild areas to be found in Sydney Gardens in Bath - see the first picture below. 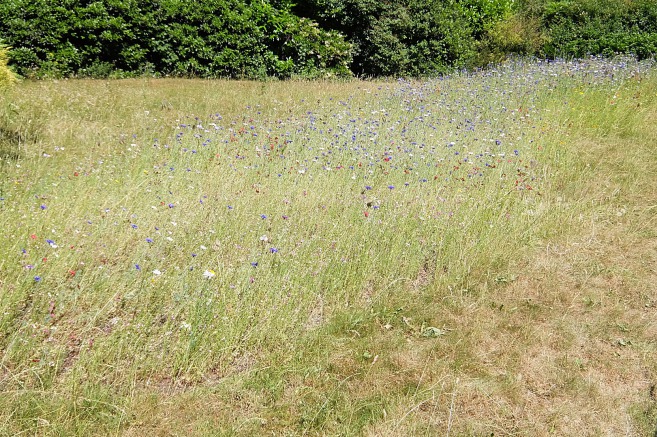 One of the wild flower 'meadows' in Sydney Gardens, Bath - photo taken on 26th June 2018 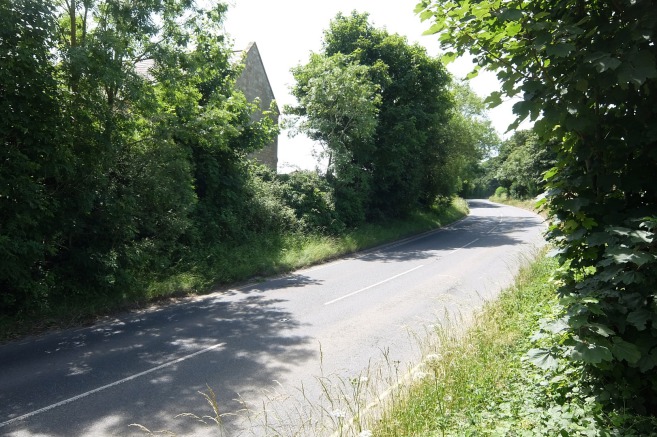 The Bradford Road in high summer with the 'barn' soon to be surrounded by an 88-home and commercial, greenfield development 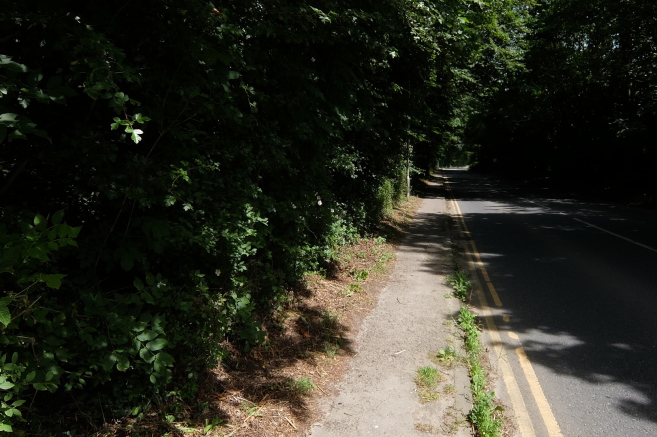 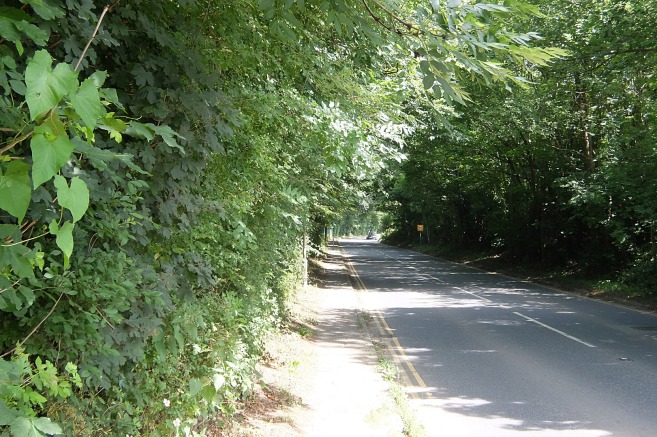 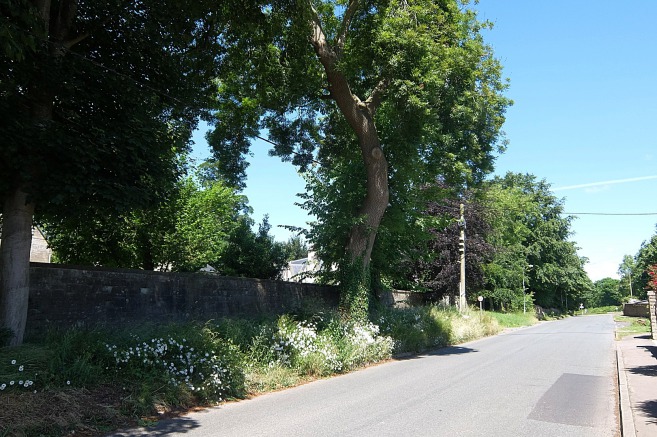 Leafy Lane in high summer with, thankfully, a verge replete with wild flowers including oxeye daisies and red campion 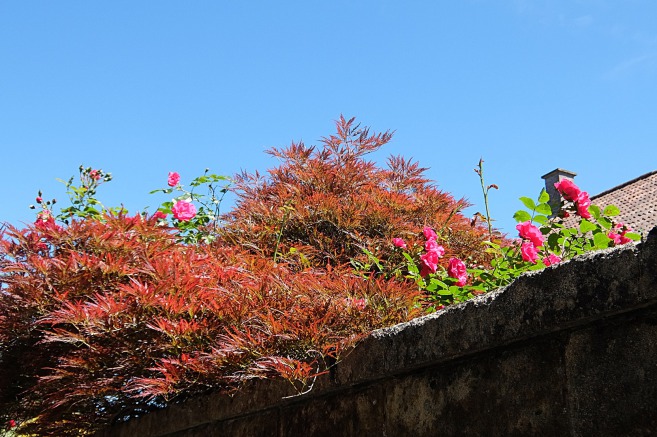 A Leafy Lane garden with an acer (?) and roses 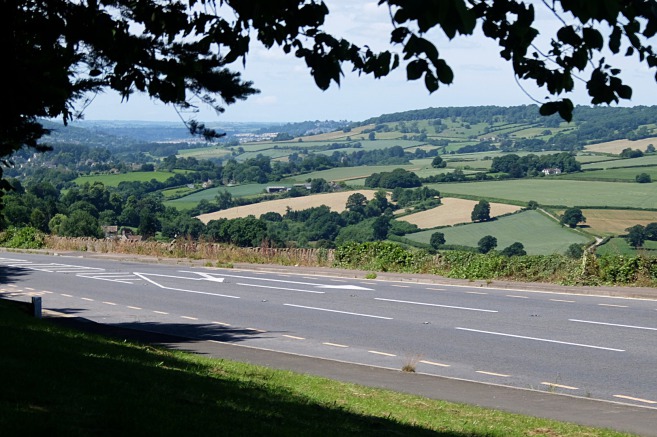