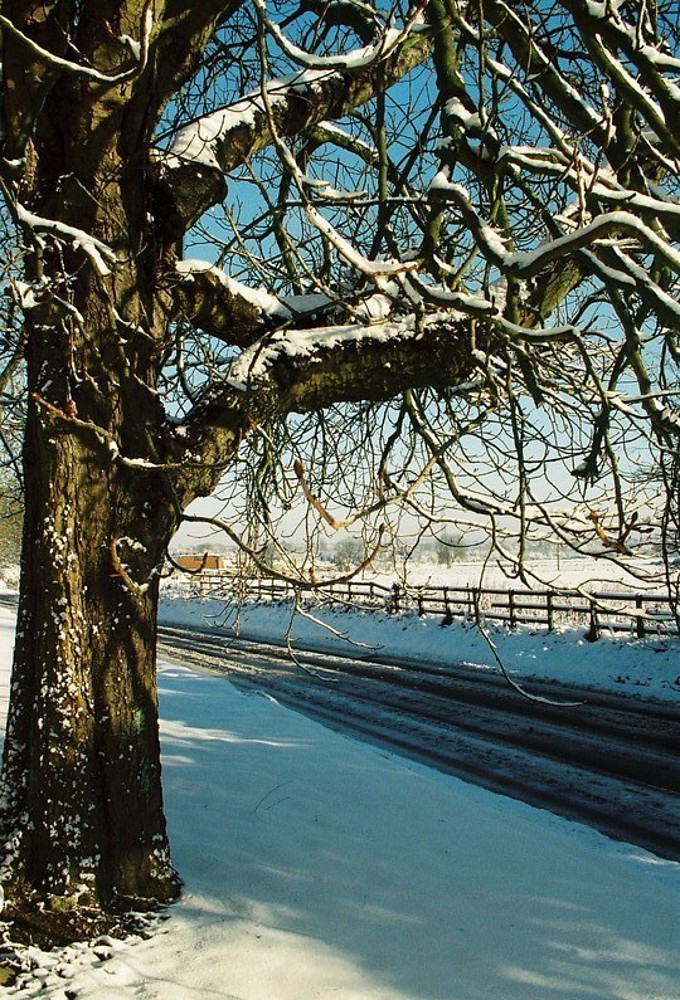 Horse chestnut at Bradford Road; view across the Hannick development site to the Marlborough Downs

2nd November 2020 - returning from a Halloween walk, it occurred to me how much the Springfield Close landscape had changed in 45 years. The first picture below (click on the pictures to enlarge) looks down Springfield Close in the winter of 1975/76, the other two, taken on 31st October 2020, illustrate how things have changed. 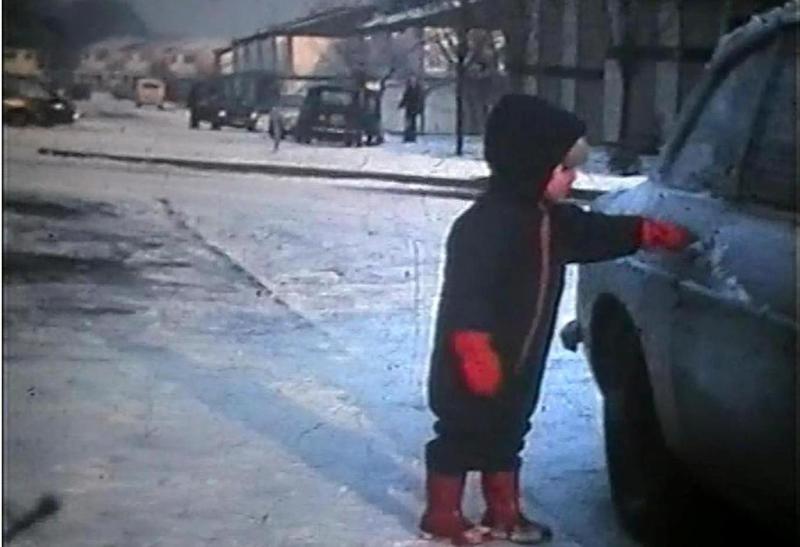 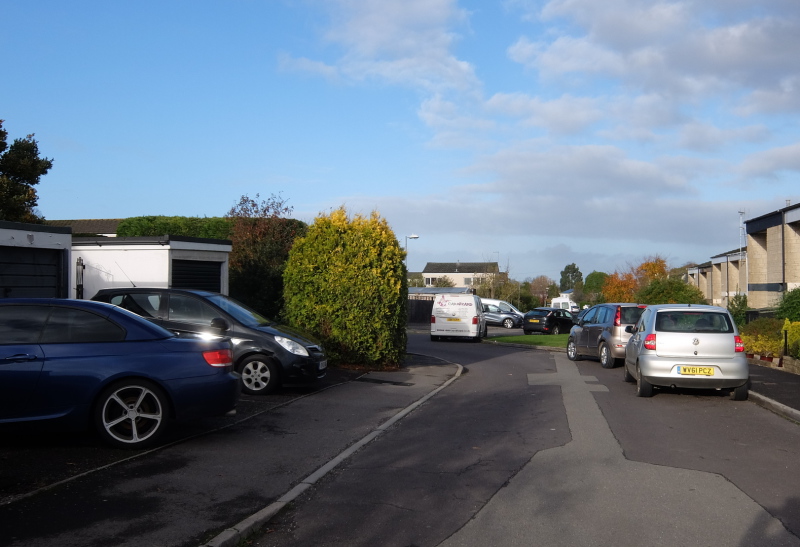 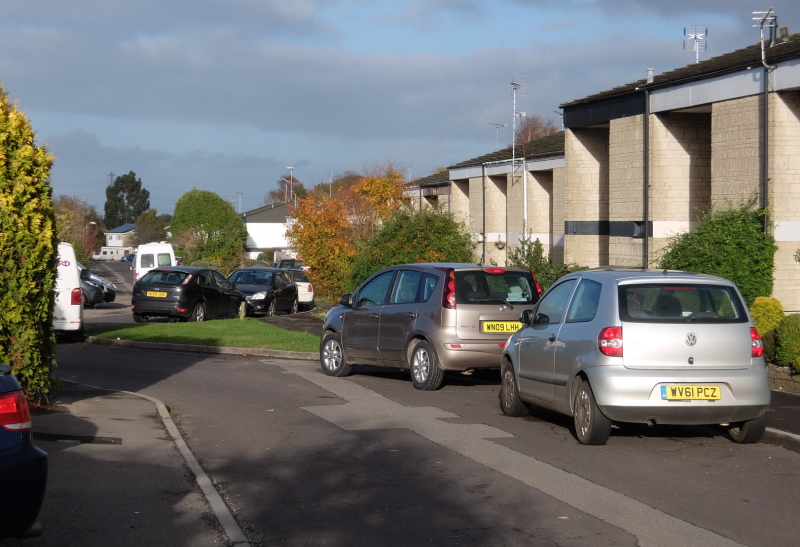 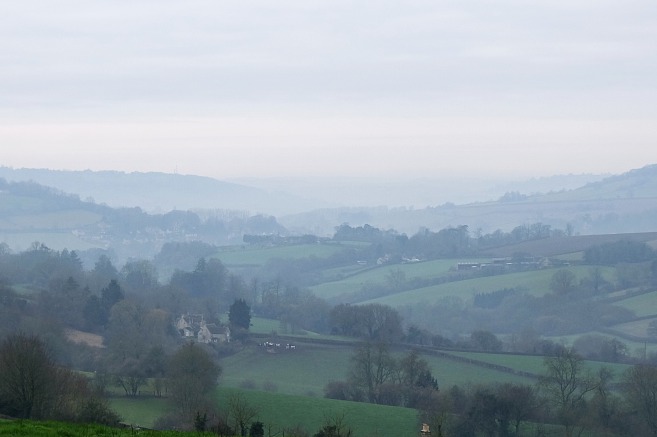 21st January 2019 - the By Brook Valley from the brow of Box Hill a month after the winter solstice with Kingsdown escarpment, Bathampton Down, Lansdown and Bannerdown escarpment shrouded in mist 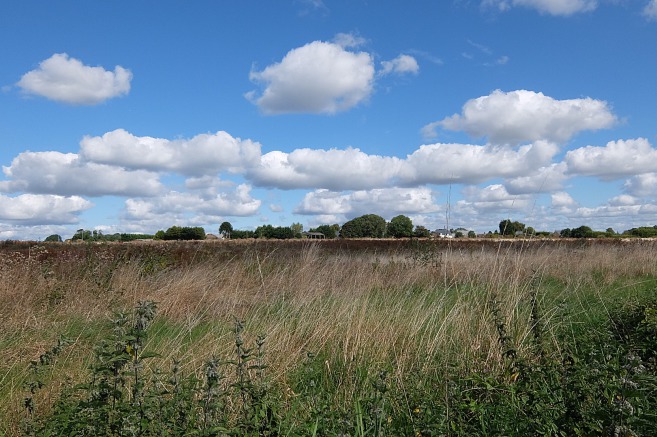 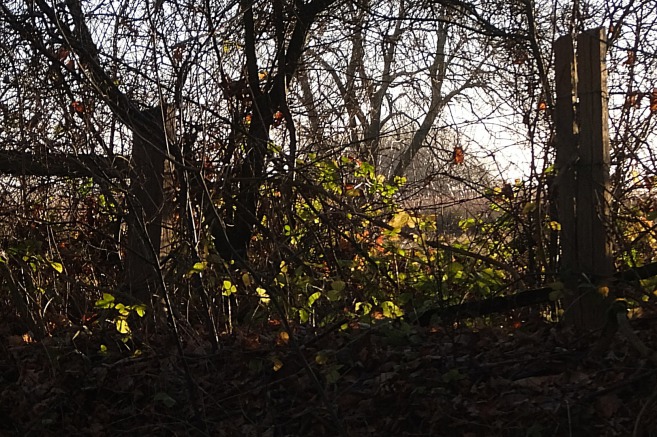 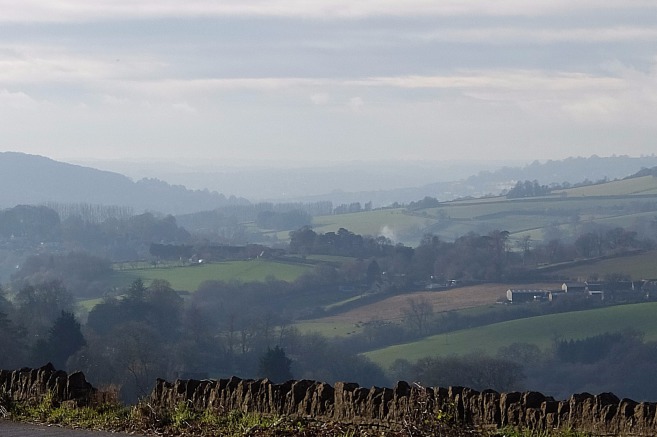 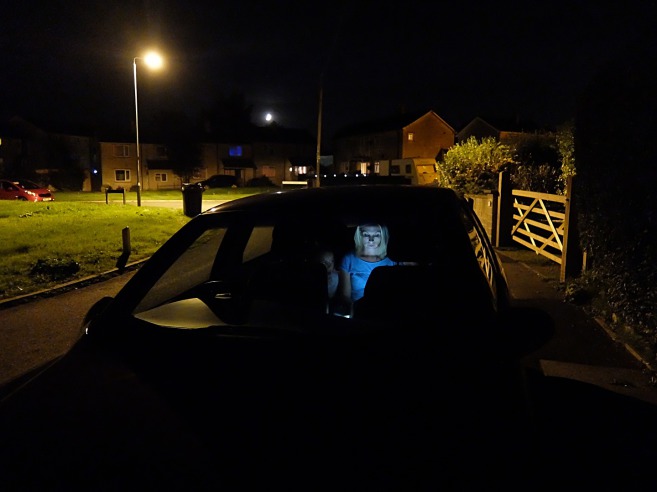 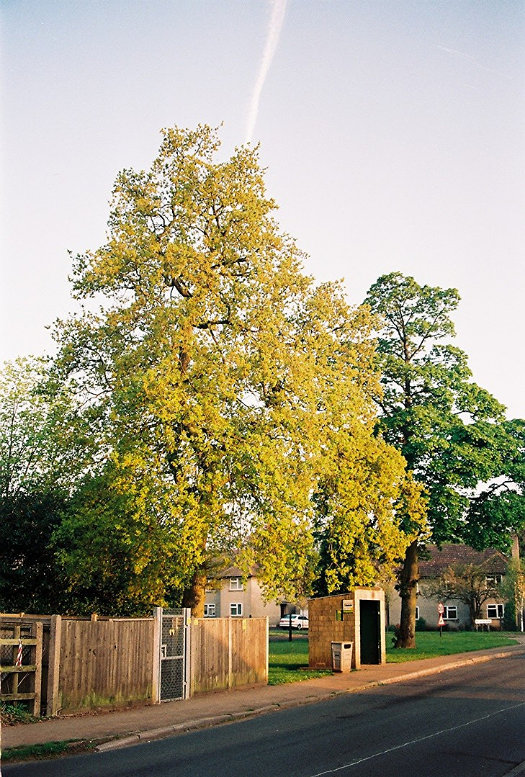 Fine spring morning in 'Leafy' Lane with contrasting oak and sycamore leaf colours. This prospect is now gone thanks to local, witless officials who have nothing better to do than sanction tree removal, leaf-blowing and other such nonsense 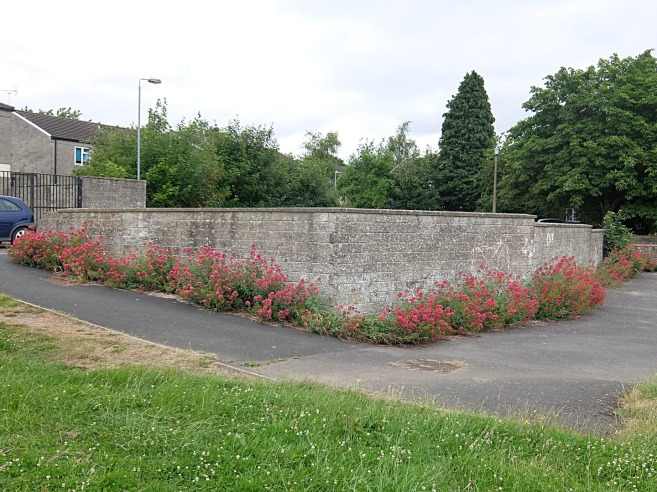 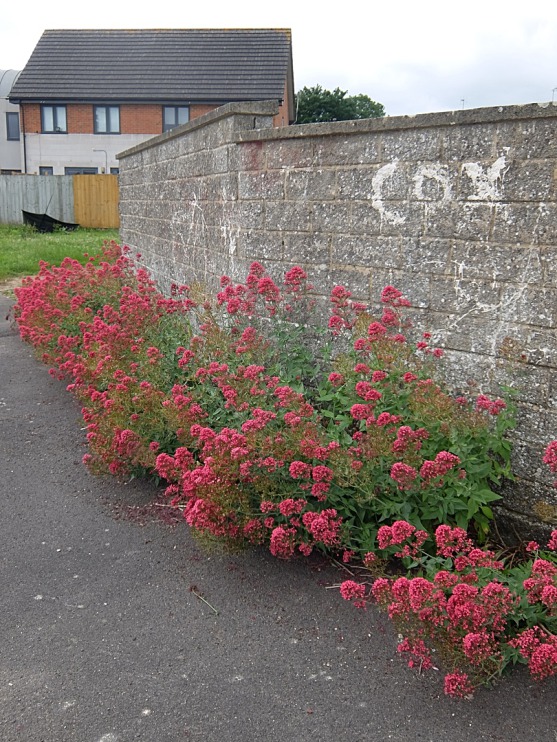 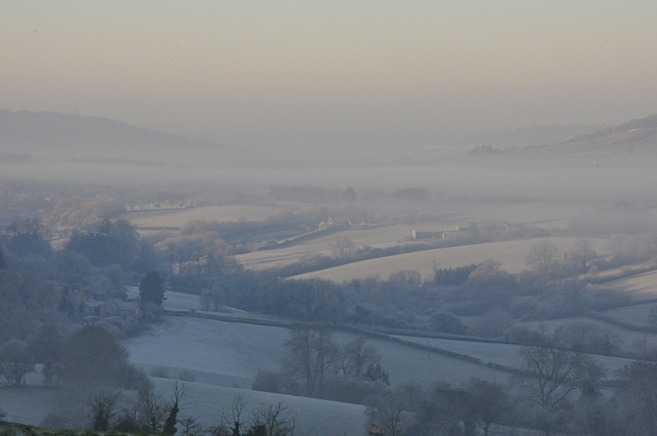 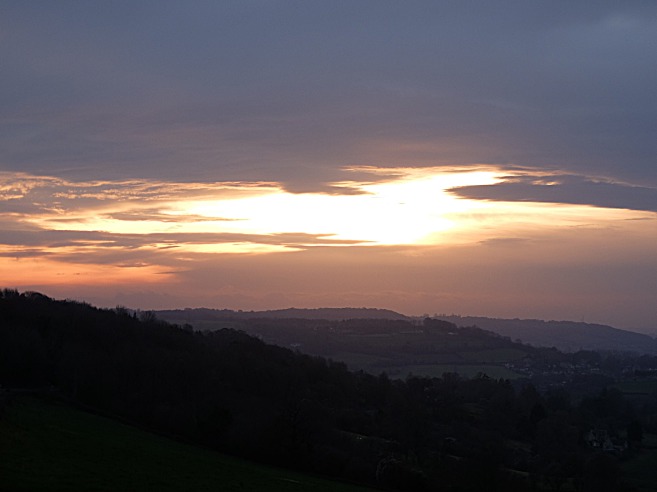 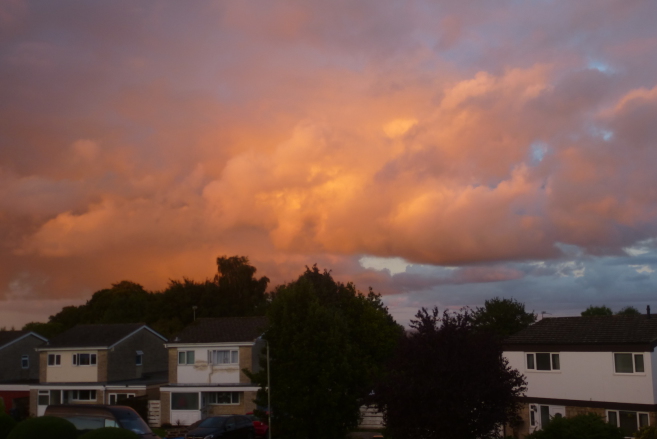 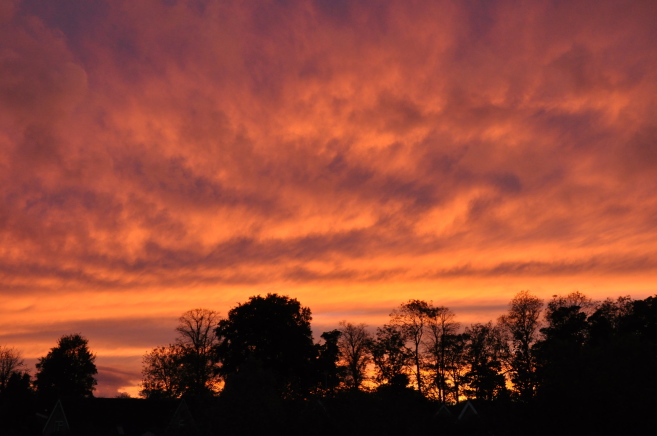 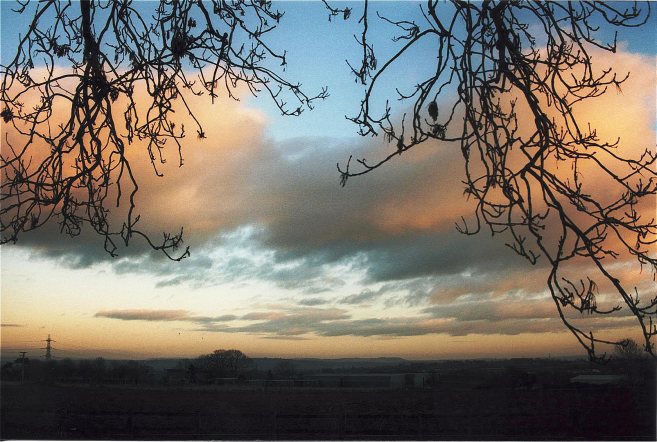 View over the Clay Vale to Oliver's Camp above the south-west escarpment of the Marlborough Downs - January 2000. This view, from the path behind Springfield Close, is now lost thanks to greenfield development. 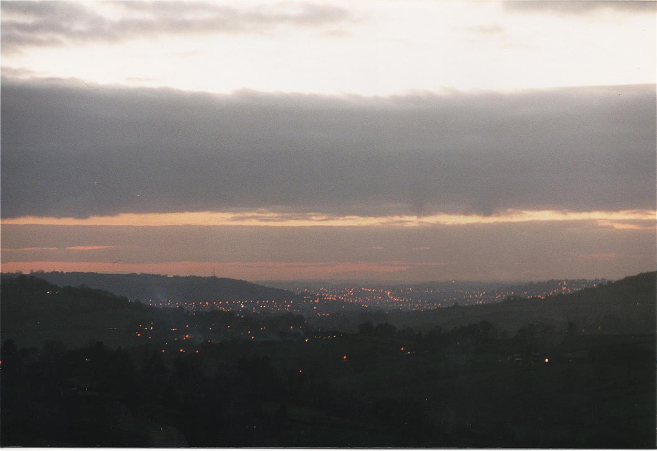 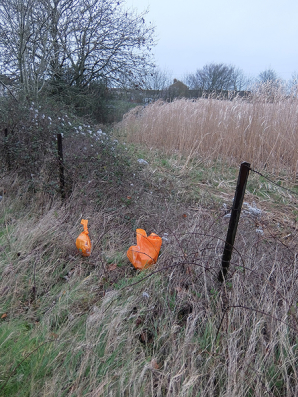 If you take a look at photo 63 in the second gallery here November 2014 you will see one of the many piles of carrier bags that are regularly discarded in a Skynet Drive hedge. This practice has been going on for years; it appears that he or she buys lots of 'lunch' goodies at Sainsburys, perhaps consumes them while listening to Radio 1 here, then chucks the remnants into the hedge.

Today, 29th January, the tradition continues but now with the re-usable bags for which Sainsbury's levies a charge. A key factor in the abandonment of single-use bags was that charging for a more substantial bag would encourage customers to re-use thus reducing waste and environmental pollution. This thinking of course did not take into accout the morons that populate our society.

An argument/theory has been offered, by scientists, that we have now entered a new geological epoch, the Anthropocene, which defines Earth's most recent geologic time period as being human-influenced, or anthropogenic, based on overwhelming global evidence that atmospheric, geologic, hydrologic, biospheric and other earth system processes are now altered by humans (see www.anthropocene.info).

My theory is that along with this new epoch, Earth is now populated by a new species, no longer homo sapiens (wise man) but homo stultus (stupid man)

Went the day well? It started with a reflection on what will be lost to the Hannick and Bath ASU speculation on local pastureland and continued with a rubbish (litter) clear-up of Skynet Drive and Bradford Road. The Skynet Drive detritus filled seven bags (plastic, supermarket-type) which were stuffed into the two bins at the Rudloe Estate bus stops. The 'compulsory' bags of dog crap found hanging off hedgerow plants were, of course, included in the clear-up. A quick snip is all that's required to empty the bags into the depths of the hedgerow where the offending material will rot down soon enough, the bags go in the bin.

The main event followed: clearing Bradford Road starting from the old cottage/barn, opposite Springfield Close, and continuing to the Stone Close area. The resulting, substantial pile may be seen in photo no. 8 below - this constituted a boot-load which was then taken to the Melksham recycling centre. With this (typical) amount collected on a 200-yard stretch of one country road, the state of many parts of England today may be seen as a national disgrace (see http://www.litteraction.org.uk/the-rudloe-mob).

Light relief in the afternoon as indicated in photo 9 ... English culture at The Bell in Walcot Street ... beer, English cuisine (including a Mediterranean casserole!), music from Bill Smarme and the Bizness (Youtube upload coming shortly), comedy, mates, conversation ...

No, tens of thousands of hoverflies were buzzing in the canopy. According to an August 2004 article in the Ipswich Star, hundreds of thousands of the little creatures made an appearance there:

"A plague of hoverflies could soon be at an end the Evening Star can reveal today. Hundreds of thousands of the harmless insects have been attracted to the region in recent days thanks to rising temperatures and perfect conditions. But they will soon disappear as quickly as they arrived, if it rains ..."

And another 'emergence', this time of flying ants, occurred a couple of weeks ago. The extract below is from the Bath Evening Chronicle, 1st August edition. Box residents may have noticed their appearance from scores of underground colonies on the 'Rec'.

"You don't need to be sharp-eyed to have noticed the swarms of flying ants in Bath over the last couple of days.

The flying insects have been spotted around the city, landing on people's clothes and hair. The bizarre sightings are not unusual, however. In fact Friday was 'Flying ant day' - an informal term for the day on which queen ants emerge from the nest to begin their nuptial flight. In most species, the males fly alongside them, although they are smaller. The queens often try to escape the males, allowing only the fastest and the fittest to mate. The queens fly around then mate with several males and drop to the ground, where they lose their wings and try to start a new colony."

Muntjac barking in the miscanthus at Rudloe

At around 7pm on Monday 30th December 2013, a muntjac could be heard barking in the miscanthus field at the eastern edge of Rudloe. Muntjac can often be seen in the elephant grass here - both the muntjac and the miscanthus are imports from China. 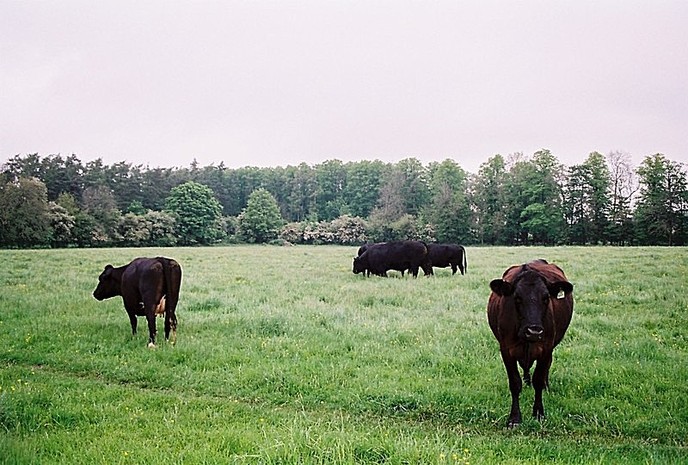 Okay, just cows in a field but this is Leafy Lane Playing Fields in its former life 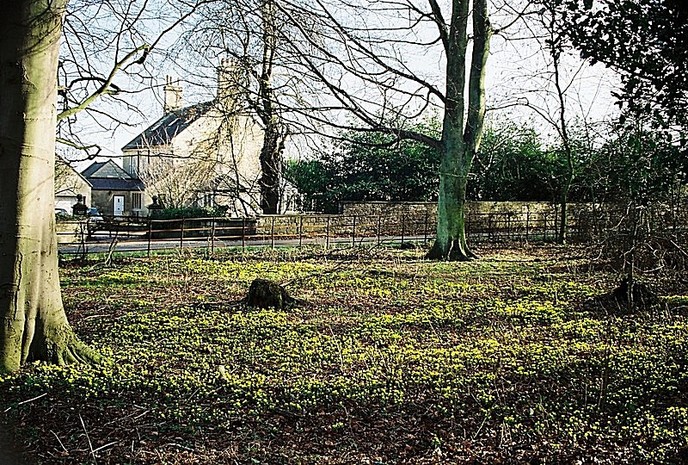 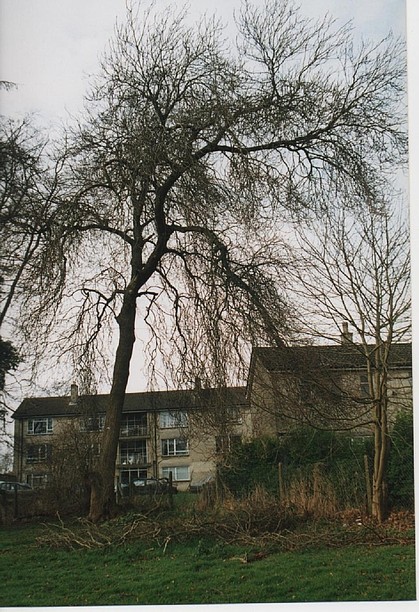 Unusual weeping ash at the edge of Rudloe Estate and the woodland bordering the Bradford Road - 1998 (now felled of course!) 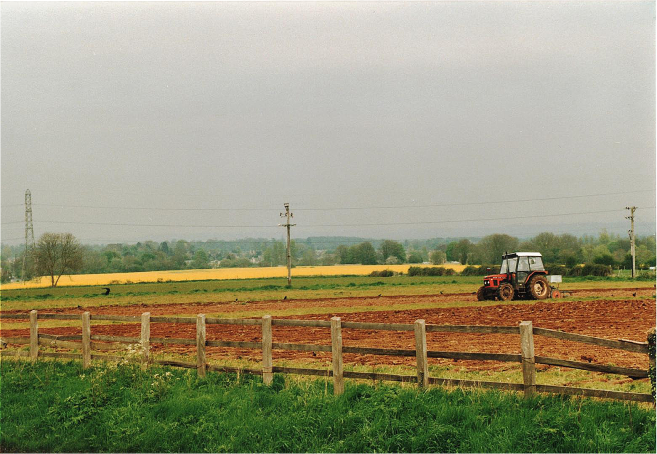 Farming (remember?) taking place in the fields that have now become the monstrous 7.5-metre high, steel clad buildings of the supposed Corsham Science Park and the Dickens Gate development. Image from May 1998.

Views of Rudloe including Leafy Lane Wood and Bradford Road

There is so much to see in Rudloe!

And now some images from the 90s. For more old Rudloe images, see the Archive, Rudloe pages.

Remember winter? In the excessively mild winter 0f 2015/16, here are some images, from December 2010, to remind readers of what a proper winter looks like. All photos were taken in Rudloe gardens and Leafy Lane Wood.