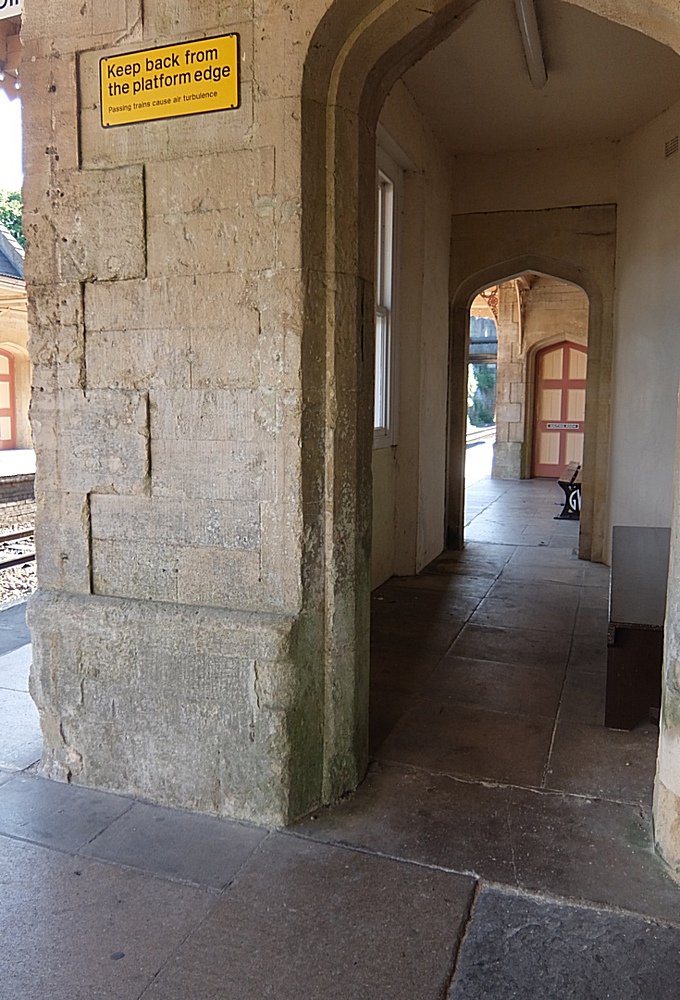 Two Rudloeites decamped to Bradford-on-Avon on a gorgeous summer morning to see the passing of Tornado heading the Torbay Express. Being a cantankerous old git of the first order, the driver refuses/refused to follow directions and so took the 'no through traffic' Whitehill shortcut into the town. But the road was blocked by an ambulance and 'we' had to do a twice-attempted multi-point turn and return whence we came. That's what you get for being a smart arse.

The early Victorian station buildings, the bells of Holy Trinity and the early-morning sun reminded me of summer Sundays at Chippenham Station in the early 60s. I used to cycle to the station, sit on the milk bay platform listening to the bells of St Paul's and waiting for the occasional train to come drifting into (or through) the station.

No inane, repetetive station announcements then and no overly loud emergency vehicle sirens providing the wearisome, troubling, 21st-century background to our daily life. We must have been reminded to keep back from the platform edge at least half-a-dozen times. The station (or local) cat, of course, took no notice and jumped from the up platform, ambled across the tracks and leaped onto the down platform (I was tempted to do the same, in reverse).

"If you see anything that doesn't look right, report it to station staff or the security services - see it, say it, sorted". What halfwit came up with this preposterous slogan? I'll tell you what doesn't look right - the bleedin' trains don't have enough carriages - almost a quarter of a century after privatisation. And why are we reminded only to look out for "suspicious activity" on railways and trains? This was and is, presumably, a euphemistic response to the 7/7 terrorist attacks perpretated by our benighted bretheren of a darker persuasion. However, the 7/7 attacks also targeted a bus - so why do we not get such announcements on buses? "Passengers are reminded not to leave their luggage unattended - unattended luggage may be damaged or destroyed by the security services". All 'we' want is a bit of peace - this unwarranted noise is a curse on everyday life.

Tornado was late, thirty minutes late but ... as the special drifted towards the station it was clear that Tornado had 'failed' - the train was headed by an EWS type 66 diesel-electric (66177 for the nerds). EWS is English, Welsh and Scottish Rail and that's what we want - British engines - but EWS like just about every other part of our railway is foreign-owned, in this case by (you've guessed it) Deutsche Bahn (and the type 66s are American-built). Aaaah ze perfect English summer trip to ze seaside.

Away from the inane announcements we soaked up the sunshine in the station car park and the bells of Holy Trinity continued their evocative pealing. Two Swedes parked up their camper van (a posh one) and asked the way to the "centre of the city". Their German hunting dog attempted to bite me but didn't break the skin (bloody G.......) and they said that the Swedes used to be proud of announcing their nationality but now following mass immigration (extremely high per capita) they were far more circumspect (not quite sure of the rationale but a good read on this subject is Douglas Murray's The Strange Death of Europe). 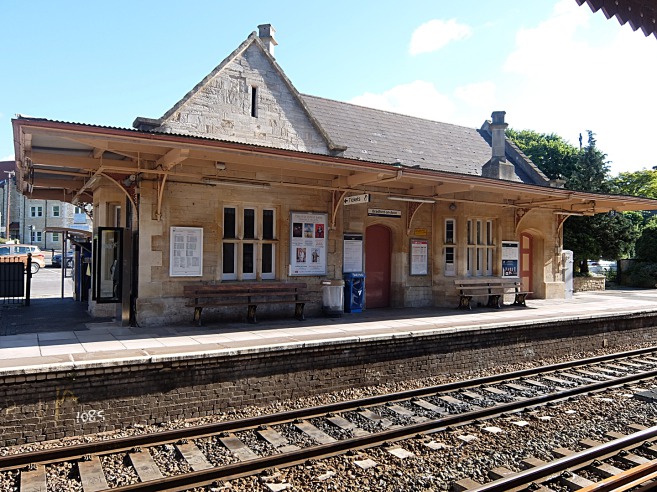 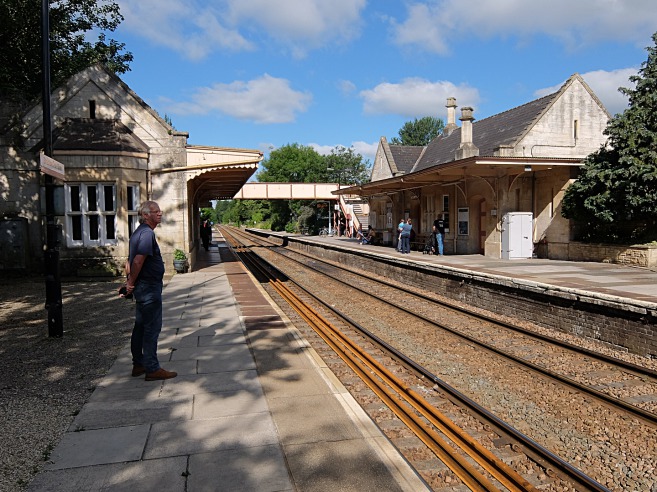 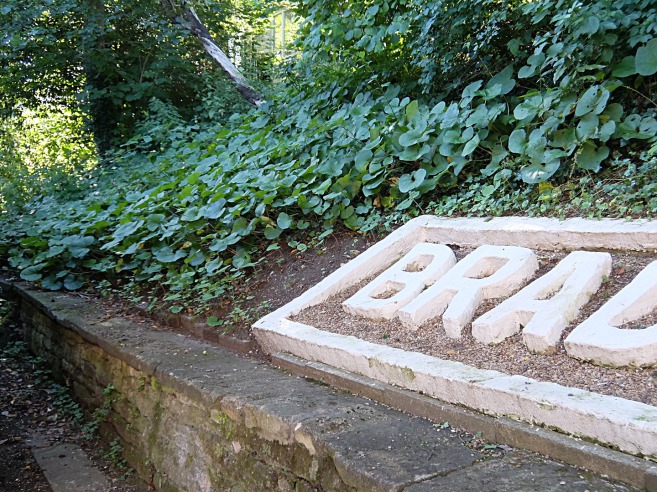 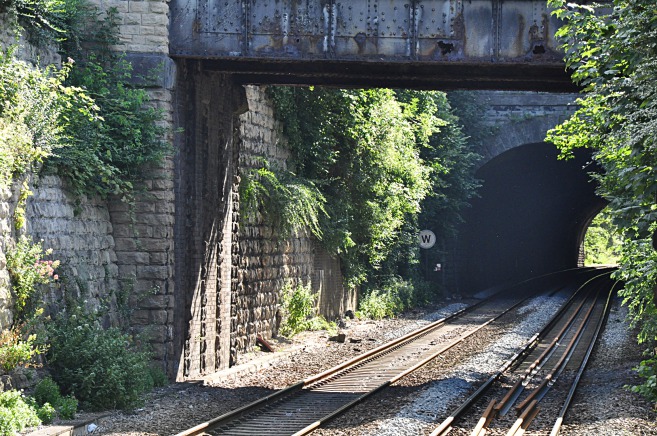 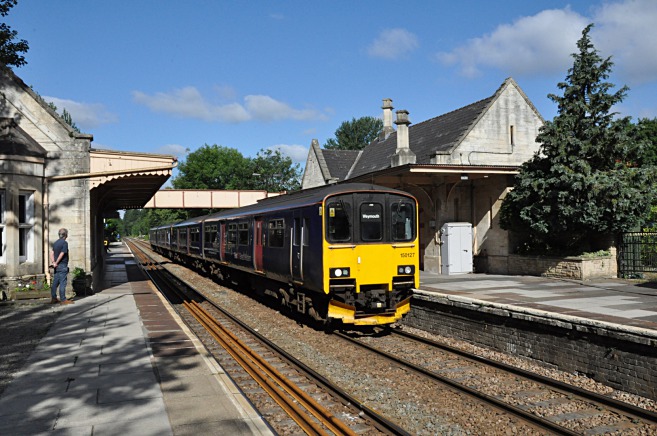 The first Weymouth train of the day awaits departure 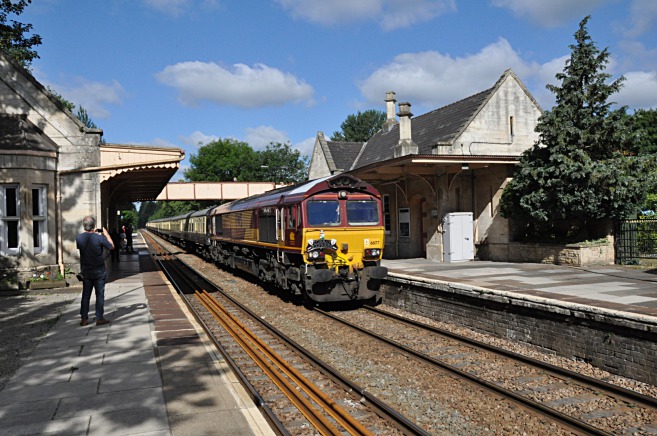 Tornado replacement EWS type 66 no. 66177 drifts through Bradford-on-Avon with the Torbay Express