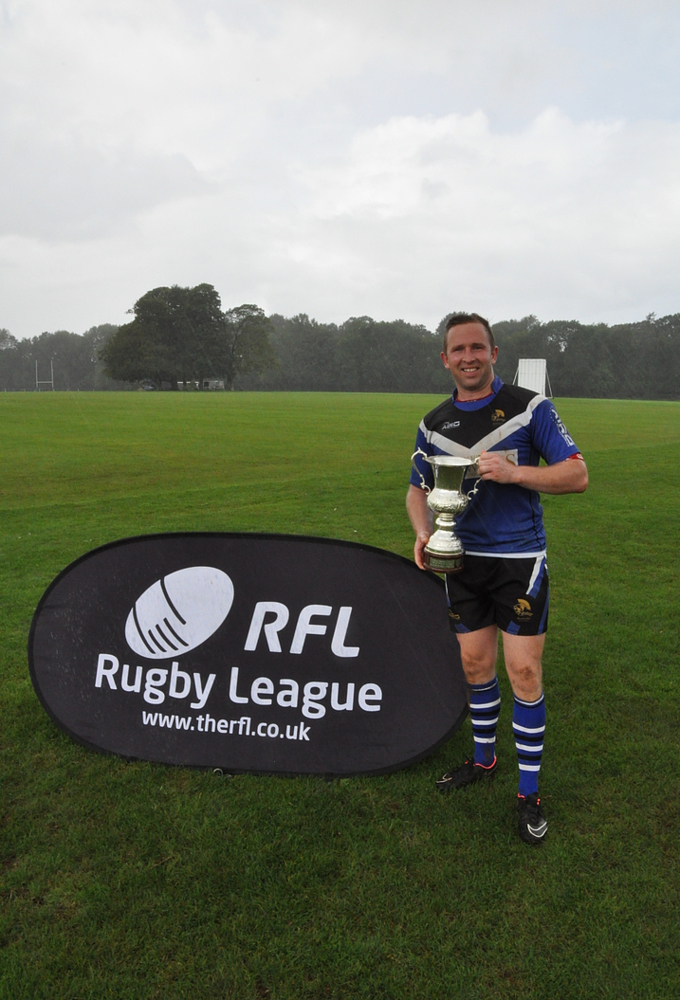 Bath & Wiltshire Romans Rugby League Club have their first 13 a side friendly fixture on Wednesday 27th April 2016, 7pm which will be their first at new home ground Corsham RU Club, Lacock Road, Corsham*. They will take on nearest rivals Swindon St. George, the game will be played in 20 minute quarters to ensure all available players get a run out.

"The Romans are keen to use this fixture to give new recruits a run and try out new combinations in advance of the West of England league season. We are also keen to use the fixture as an open trial for anyone in the Bath and Wiltshire area who wants to give rugby league a try.

Veteran Fijian back Bruce Vuetanatotoka will be a key feature in the squad for 2016 and Josh Frost showed some good touches in the New Ravens Mug Competition a couple of weeks ago and should prove to be a useful acquisition from Frome rugby union club. He is likely to feature at centre or half back for the Romans. Matthew Bodey from Swansea University, who is doing a year in industry based in Bath, showed some good footwork from the wing on his debut in the New Ravens Mug and the club will be looking to give him some game time in his preferred positions at half back or hooker".

The Romans have further pre-season action at the South West 9s @ Exeter University on Sunday 1st May and again in the West of England 9s @ Swindon St. George on Saturday 7th May 2016. Chatten also commented that: "The club are keen to improve again in 2016 after winning the West of England Grand Final in 2015 and are looking to recruit players to improve on last season but are also planning to set up a second team to improve the pathway into the first team and allow opportunities for social rugby league players too".

The Romans are now based at Corsham Rugby Union Club, Lacock Road, Corsham and are keen to welcome new players 16+ of all abilities to training, currently on Wednesday evenings from 7pm. The club will be training twice per week from the beginning of May as the West of England League kicks off. Romans would be interested in hearing from anyone who would like to sponsor the club in 2016. Packages are available for all budgets.

For further information and updates:

23rd August 2015 - Bath and Wiltshire Romans triumph in the RFL West of England League Grand Final at Leafy Lane Playing Fields, Rudloe. All looked lost at half-time as the Romans trailed 4-20 to Bristol Sonics who had gained a win and a draw against the Romans in the regular league season. However, the second-half saw a terrific fight back with Romans coming out on top by 34 points to 30. 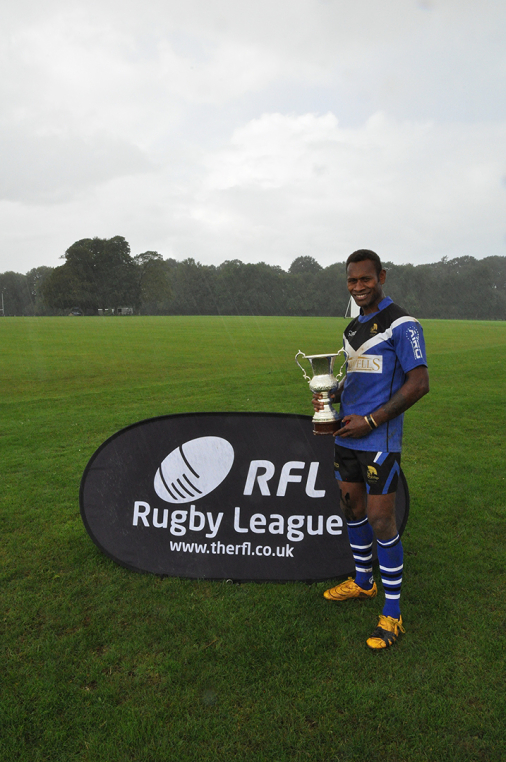 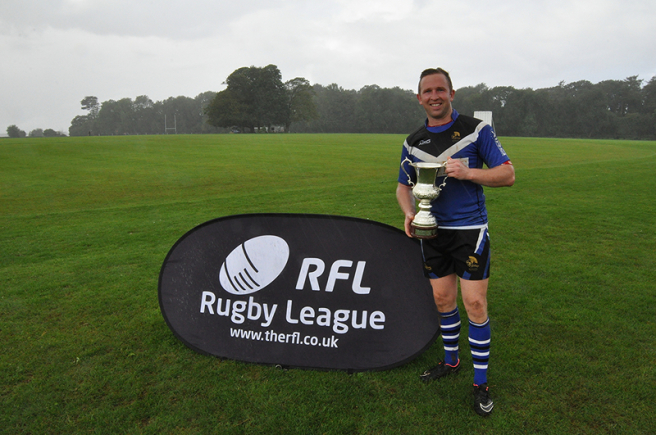 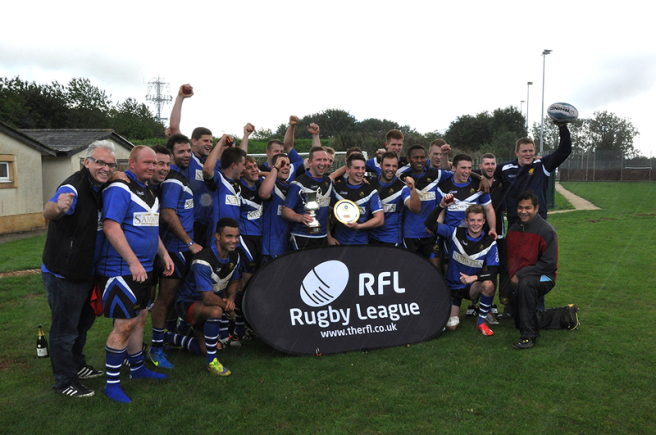 4th July 2015 - Bath & Wiltshire Romans reach the final of the West of England Nines at Swindon Supermarine but having beaten Cheltenham Phoenix in the early rounds, lost (10-0) to the same team in the final. 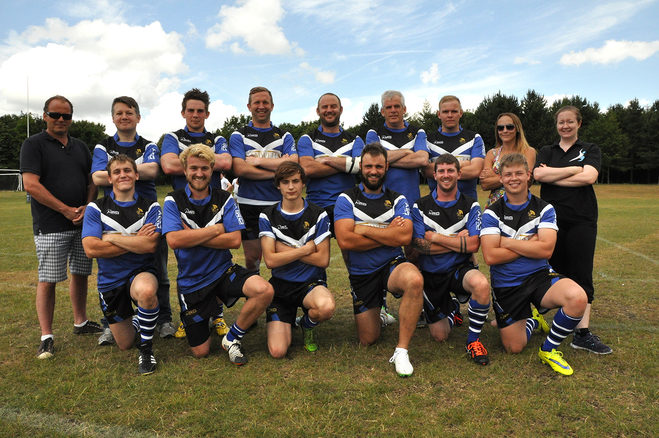 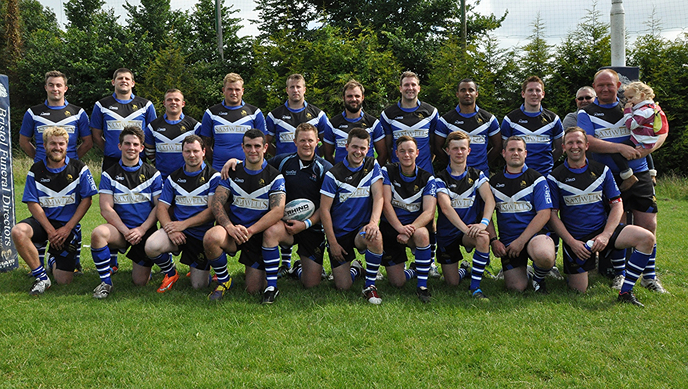 Bath & Wiltshire Romans have reached the final of the West of England RL Challenge Cup competition. The team, whose home is at Leafy Lane Rudloe, is in its first season in the West of England league and is unbeaten so far. The cup final will be played on Saturday 20th June at Landseer Avenue, Lockleaze, Bristol BS7 9YS, kick-off at 2:30pm. The location is the home of Bristol Sonics RLFC and may be found with the aid of the small map below (now removed - PT, 21st June) - as the map is so small, I have given an idiot's guide (now removed - PT, 21st June) above the map - what a great excuse for an afternoon out involving perhaps a bus ride to the station, a trip on our fine railway system (!), a walk to the ground, a rugby league match and a few pints - heaven!

Bath & Wiltshire Romans and Swindon St George pay tribute, with a minute's silence, to Danny Jones, the Keighley and Wales player, who collapsed and died during a League One match, in London, on 3rd May 2015 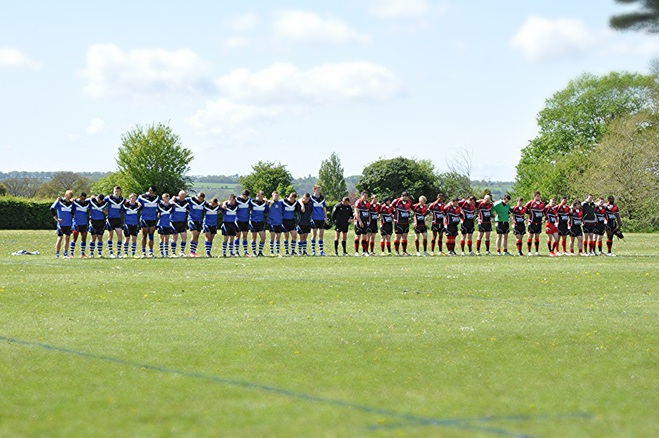 Bath & Wiltshire Romans dominated in their inaugural match in the rugby league West of England fixture, on 9th May 2015, against Swindon St George. Apart from a purple patch at the start of the second-half when St George pulled the score back to 24 points to 30, with two converted tries in quick succession, Romans generally controlled the game. Match photos follow: 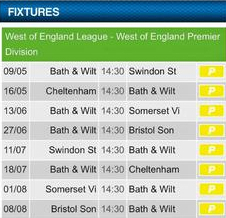 The Leafy Lane playing Fields (LLPF) organisation has joined forces with army and Bath University stalwarts to create a new rugby league team in Corsham called Bath and Wiltshire Romans. This is an 'open-age' (adult) team and will play in the West of England League Premier Division in the 2015 season. Fixtures are shown to the left; the home matches are:

Hopefully, there will be a squad photo available (in their very smart strip) shortly. In the meantime, here's a shot of the last 'Corsham' rugby league team, Wiltshire Wyverns, to play in the West of England League in the 2011 season: 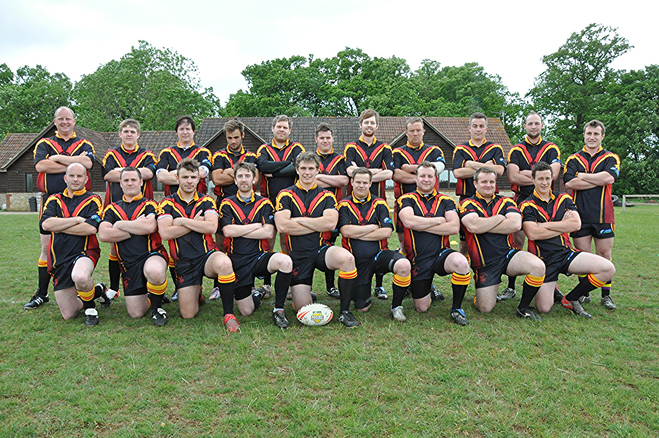