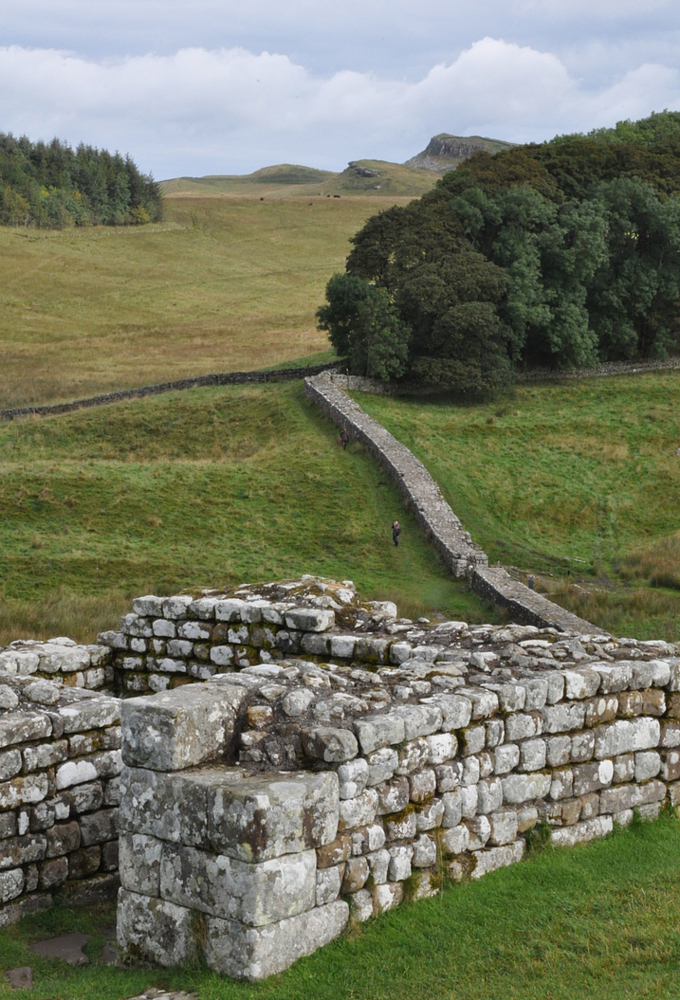 This tour took in Skegness, Hull, Driffield, Malton, Helmsley, Middlesborough (the transporter bridge), Hartlepool, Durham, Hexham, Hadrian's Wall (Housesteads Fort, the Roman settlement of Vindolanda and the Roman Army Museum), the Weardale Railway and Killhope lead mine in County Durham, into Scotland and Whitrope Summit on the Waverley Route (whilst looking for the former Riccarton Junction), Shankend Viaduct, Hawick, Galashiels, Melrose (where we had an 'encounter' with the rich and famous), a trip on the Borders Railway (30 miles of the former Waverley Route opened by the Queen on 9th September - the longest domestic railway constructed in over 100 years) to Edinburgh, a tour of the Scottish Parliament building (marvellous internal spaces), Kelso, Holy Island (Lindisfarne), Seahouses, the Farne Islands, Ashington ... and the new Gloucester Services.