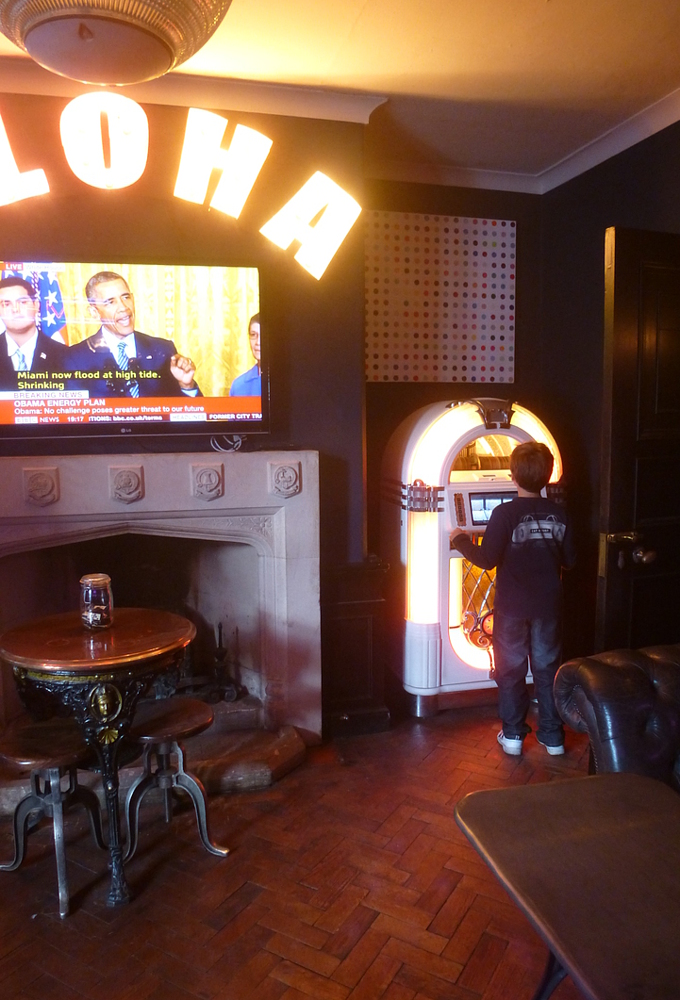 Stumbled on your website, and finally, there it was - a perfect picture of the part of Rudlow Park (Towers) I lived in during early 1952 to mid 1953.

That's the left-hand end of the building looking up the end of the driveway we used in Dad's 1938 Riley. The Butlers' used the main driveway in their much newer 1951 Riley 1.5 litre. Yes, I loved cars even at that age. So far as I remember it, and I was only 4 and 5 at the time, they owned the place and were quite well off. I had a big crush on their elder daughter Patreena, a year my senior. They also had two dogs, a large lazy one, maybe a Lab, and a nasty Boxer who smelt my fear yards off. Didn't take much for him to growl menacingly and bare its fangs.

Anyway, Dad was a Squadron Leader in the RAF, an MD, veteran of the Berlin Air Lift and Service in British Occupied Germany. When I woke up in 1950, that is, have memories I can recall, we lived in Bookeburg, Germany, and Mum was pregnant with her second child, me first brother. Early 1951, Dad was transferred, and we lived at Eastern-in-Gordano, just outside Pill. Haven't a clue where he was stationed, maybe Weston-Super-Mare.

Then in 1952, it was on the move again to Rudloe Manor for him. So he was delighted to be able to rent the low part of Rudlow Park (Towers), the left part in your picture. Plenty of room for the family. Middle of nowhere, a habit he was to indulge in again and again as time went on.

By the way, I'm certain we spelled it Rudlow Park.

I should have taken photos when I returned for a visit in 1980, but was so annoyed by the attitude of the staff running the "hotel", I had a drink in the bar, which used to be our living/dining room, by now decked out in ornate wood furnishings - and left. They no doubt thought I was just a bloody colonial.

But, you get funny feelings returning to a place you lived in as a kid, and not a soul, from manager to staff, had the faintest clue about the history of the place. In 1980, it was only 27 years since I'd lived there, and no one had any idea whatsoever about the previous owners. From your piece, it's obvious that the Butler's had sold on, and the place had been latterly owned by a Mr Padfield. Even this mere speck of information was beyond the memory of the denizens of the hotel, and a more sullen, navel-gazing lot I've rarely encountered. (I've had lovely chats with other people in places I lived in the UK, including summers in Oxford, before we emigrated to Canada in 1959, so regard the unfriendliness of the Rudloe Hotel lot as an anomaly).

On a number of occasions, I've looked at the Google Earth representation of the place, and see that the high-walled oval-shaped garden has now been removed. Used to be on the left as you came out the back of the building. It was always locked, but we used to climb over the wall into what was a "ruined" vegetable and fruit garden, completely overgrown and with spindly fruit trees. Spring and summer of 1952, we used to gather large black and gold caterpillars feeding on the poppy plants. I kept them in my shirt pockets, and Mum was never impressed when they crawled out at mealtimes - dining room table next to the left two lower floor windows in your picture. She chucked them out of the middle window! Upstairs were the bedrooms, by the way and a long narrow hallway.

The Butlers had an actual TV set, and we were invited in to watch the news on an early occasion - King George VI's death. Always will remember Princess Elizabeth's face at her shock. Well to liven things up, at least the long banisters in the main half the Butlers occupied were exciting to slide down! When parents weren't watching and getting annoyed by the lack of safey, that is.

Sitting outside at the back of the main structure, looking out over the huge well-kept lawn on a sunny day with the statue or memorial in its centre, while Mum and Mrs Butler had tea wasn't too bad at all. And just beyond, the five acre wood beckoned, which we were allowed to explore only with adults. A child got lost there one day, and it was after dusk when all of us found him. It was a fairy tale wood (now ripped up for houses, I see) At my age, just past nursery rhymes and the big bad wolf, the wood was a special place of fantasy. That night, even searching with a lot of other people, I was in thrall of the place. Made for Walt Disney cartoons, that wood was.

The whole place was magical to me.

So in September 1952, I went to school for the first time. I remember my classroom, which was huge and rudimentary and painted grey over the bricks, with high-placed windows and high ceiling with lamps hanging from long cords, and the outbuildings like the loo, where my lactose intolerance would dispose of the free third-of-a-pint of government milk every morning from the same place it went in. How I hated milk! Although, for some reason, it was fine on cornflakes and Weetabix with sugar. Quite where the school was, I haven't much idea. Round the bend and across Leafy Lane somewhere, I think.

Mum was one of those types who made friends with everyone in an instant, so I was dragged around to many houses as she pushed the pram containing my brother, and up-and-down that long hill into Box on occasion, plus bus into Bath. Don't remember Corsham at all. Goodness knows where she got groceries - I should have asked her before she finally conked out just last year! In any case, the whole area was like a magical land to me as a child. A beautiful place. Lush. Full of wildlife and blackberries that autumn.

Dad, meanwhile had decided that being re-stationed all the time was too much. My second brother arrived in January 1953, making three boys. My father had been born in Amritsar in India, and shipped off to England at the age of 8 to fend for himself at King's School Canterbury Prep and subsequently the Public School. His dad was knighted for his services as an educator, and finally sent home at Partition time, where bouts of recurrent malaria killed him off by 1949 in Bexhill.

So Dad left the RAF in '53, determined to have a home life with wife and children with no more separations, and trained as a pyschiatrist at St James Hospital in Portsmouth. The Butlers visited in October 1953, all the way from Wiltshire in the Riley, when the state of the roads made it an all day affair. Mum and Mrs Butler were great friends.

Six years of Portsmouth was enough in the UK of the 1950s for Dad, and on August 1, 1959 we landed in Canada to live in Digby, Nova Scotia. Look at the map and you'd think it was more isolated than Rudloe, but frankly in those days, even rural Nova Scotia was far more modern than rural Wilts, or even Portsmouth for that matter. I mean, central heating and no more chillblains but hot dogs and hamburgers and potato crisps that neither tasted of rancid oil nor come in a greaseproof packet, yecch! Really fresh fish, scallops and lobster. And Cadbury and Rowntree had Canadian factories, so that was all right. Rural Nova Scotia has since gone downhill as people have left for better jobs, and the remaining population has aged, much like rural Cambridgeshire was already like when I spent a year there in '70/71 - just one bus a day to Cambridge from St Ives, where I was marooned for ten months. That place made Digby feel like New York City.

I know now of course that the rurality of Rudloe was actually not quite what it seemed. The whole area
was MOD and secret, that much Dad told me later, and we lived atop the Box train tunnel near enough. But living at Rudloe Towers, which we all called Rudlow Park (Towers? Never heard that mentioned) was like living in a time warp anyway that impressed itself on my childhood memory.

Hence this rambling email to someone who might give a fig. Thanks for the memory.