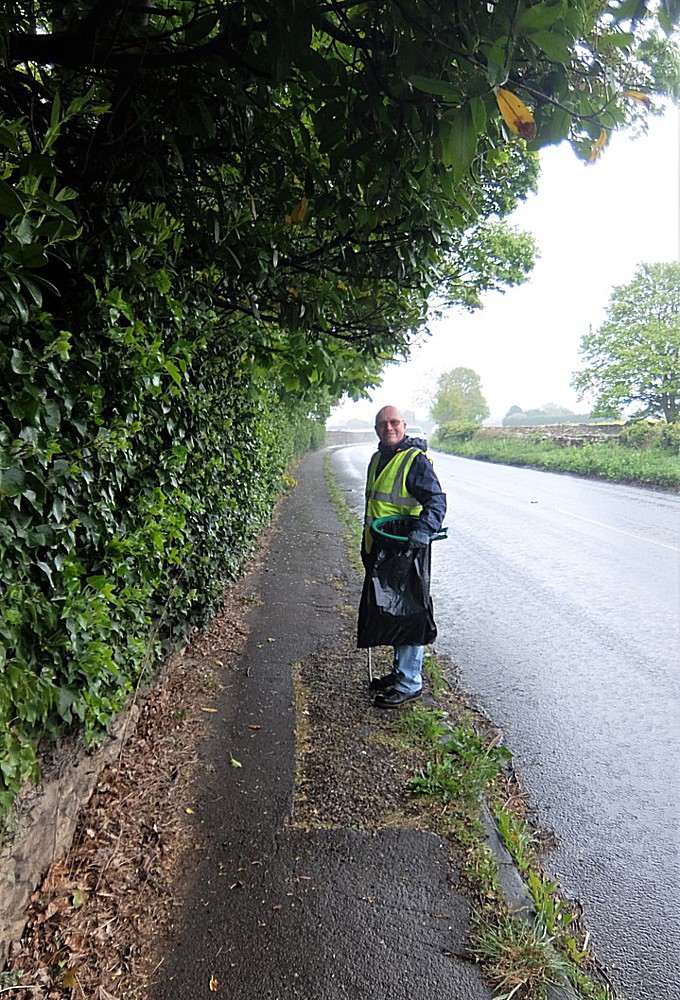 Mayday, Sunday 1st May 2022 brought the first day of rain for weeks but the intrepid Rudloe litterpickers sallied forth. The title picture shows Gordon on the A4 footpath adjacent to Rudloe Firs.

Group members were called, by email, as follows:

Mayday, mayday - it's the 1st May on Sunday when the workers of Rudloe will unite for a litter pick at 10 o'clock betwixt the junction of Leafy Lane and Boxfields Road. Organisation and coordination will, as usual, be by shop steward Dave Wright (dave.wright533@tiscali.co.uk).
Who will bring lily of the valley to the gathering? The giving of this flower was/is a tradition on 1st May in French-speaking southern Belgium (and in France itself - see below). Traditions in Europe associated with 1st May are (see the last entry for Rudloe):
Bulgarians celebrate Irminden (or Yeremiya, Eremiya, Irima, Zamski den). The holiday is associated with snakes and lizards and rituals are made in order to protect people from them.
In the Czech Republic, May Day is traditionally considered a holiday of love and May as a month of love.
May Day or 'Spring Day' (Kevadpüha) is a national holiday in Estonia celebrating the arrival of spring.
In Finland, Walpurgis night (30 April/1 May) is one of the four biggest holidays along with Christmas Eve, New Year's Eve, and Midsummer. Walpurgis witnesses the biggest carnival-style festival held in Finland's cities and towns.
On 1 May 1561, King Charles IX of France received a lily of the valley as a lucky charm. He decided to offer a lily of the valley each year to the ladies of the court. At the beginning of the 20th century, it became custom to give a sprig of lily of the valley, a symbol of springtime, on 1 May.
May Day was not established as a public holiday until Nazi Germany declared 1 May a 'national workers' day' in 1933. As Labour Day, many political parties and unions host activities related to work and employment. In rural regions of Germany, Walpurgisnacht celebrations of pagan origin are traditionally held on the night before May Day. In the Rhineland, 1 May is also celebrated by the delivery of a maypole, a tree covered in streamers to the house of a girl the night before.
In Greece, Maios, the month of May, took its name from the goddess Maia, a Greek and Roman goddess of fertility. The day of Maios celebrates the final victory of the summer against winter as the victory of life against death.
May Day has been celebrated in Ireland since pagan times as the feast of Beltane and in latter times as Mary's day.
In Italy it is called Calendimaggio or cantar maggio, a seasonal feast held to celebrate the arrival of spring.
It is customary for labour activists and left-wing political parties to organize parades in cities and towns across Poland on this day.
In Portugal, the flowers of the broom (shrub) are known as Maias, which are placed on doors or gates and every doorway of houses, windows, granaries, currently also cars, which the populace collect on the evening of 30 April when the Portuguese brooms are blooming, to defend those places from bad spirits, witches and the evil eye.
On May Day, Romanians celebrate the arminden, the beginning of summer, symbolically tied with the protection of crops and farm animals.
In Serbia, Prvomajski uranak is a folk tradition and feast on 1st May when people go into the country or even leave the day before and spend the night around a camp fire.
In Spain, May Day is celebrated throughout the country as Los Mayos. In Galicia for example, festivities centre around a decorated tree or sculpture. People sing popular songs (also called maios,) making mention of social and political events during the past year.
In Sweden, the more traditional festivities have moved to the day before - Walpurgis Night and is celebrated with bonfires and a good bit of drinking. The first of May is instead celebrated as International Workers Day.
In Rudloe, we celebrate the day in feasting and happy conversation, sitting at our golden tables drinking nectar from golden cups, entertained by a minstrel on the lyre and eating sweet-smelling ambrosia. We inhale the aroma of burnt offerings lit in our honour by the people of Box hundreds of feet below in the valley. 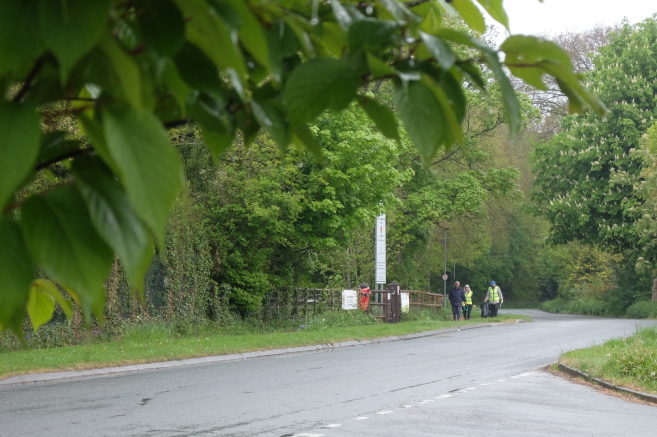 Rod, Lorraine and John P make their way along Leafy Lane to the meeting point at the Boxfields Road junction 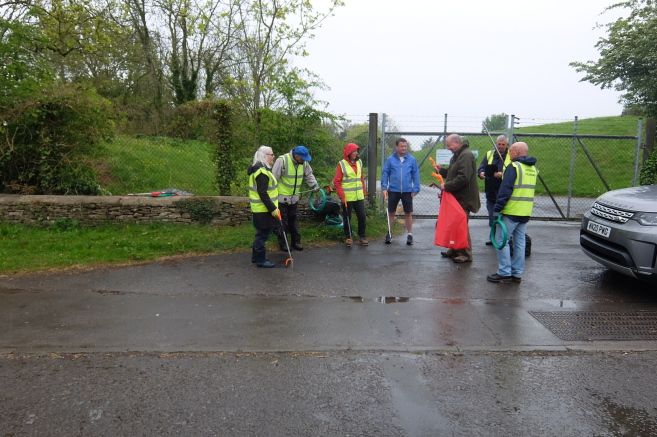 A fairly limited gathering on this rainy bank holiday Sunday, from the left: Lorraine, John P, Jen, Dave2, Dave1, Rod and Gordon. Mike has already departed so with yours truly, that makes nine. 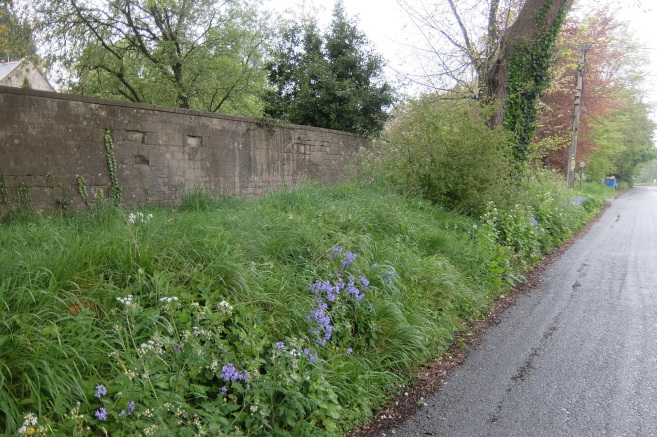 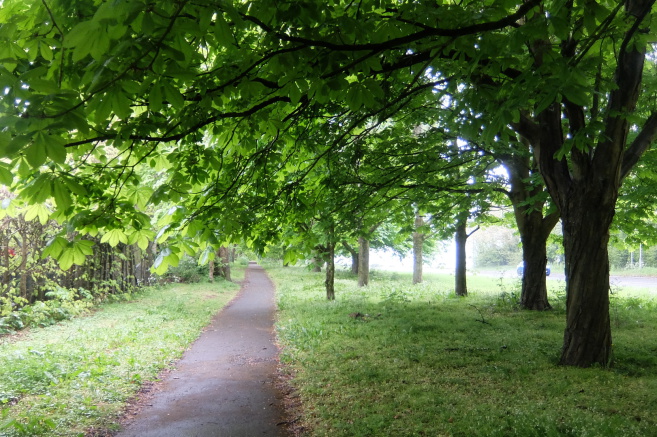 Horse chestnut (mainly) avenue at the brow of Box Hill 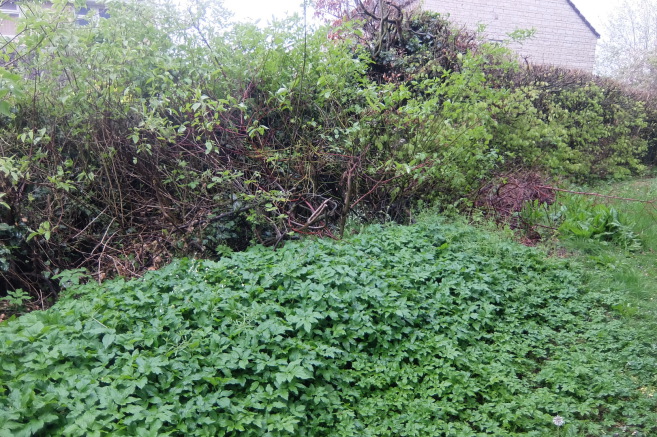 At the brow of Box Hill lie a couple of dogwood shrubs. These, along with others at the other end of this pathway, were planted by Wiltshire Council some years ago. That same WC then misidentified them as Japanese knotweed and poisoned them. Idiots! 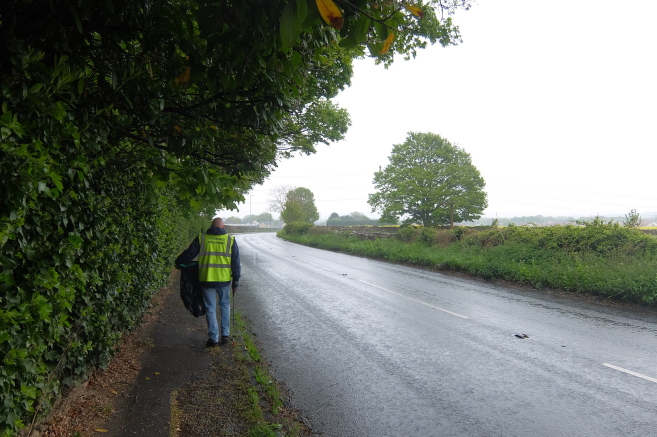 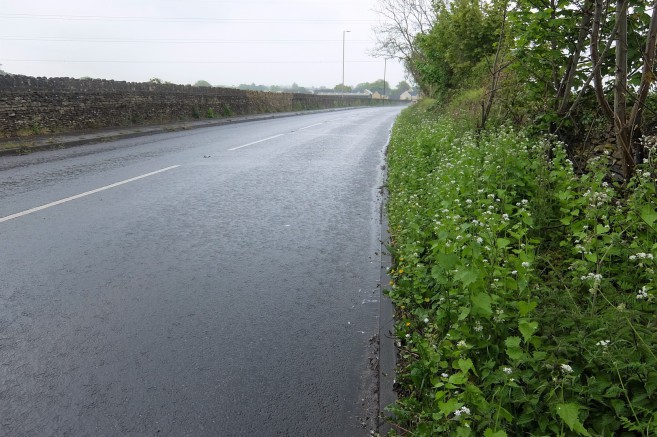 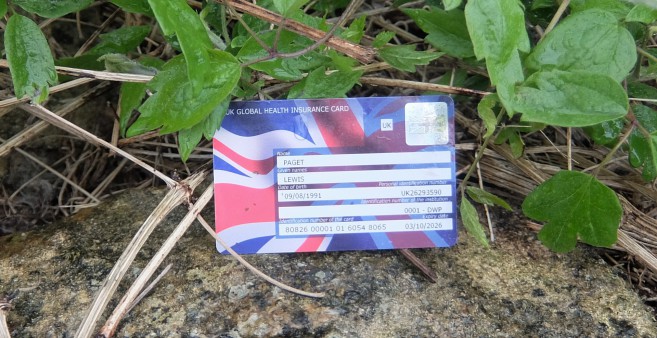 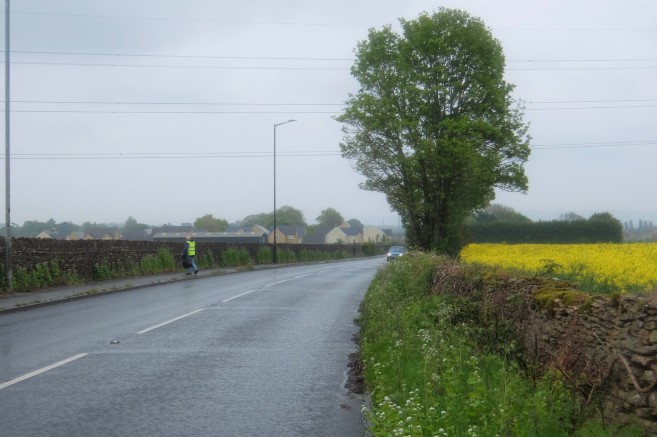 Gordon on the A4 pavement; the Copenacre development lies beyond. And with that, the camera broke and despite much effort, refused to function. The following gallery (obviously) shows pictures taken before this mishap. 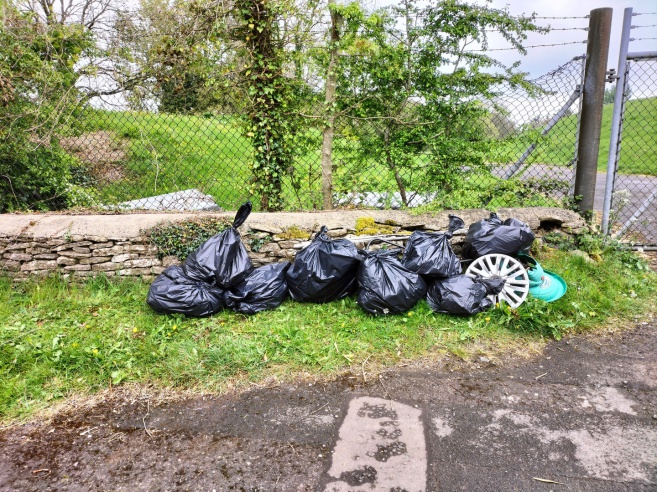 This month's haul (picture taken after returning home for my smartphone) - nine litterpickers, nine bags. The lawnmower underneath had been flymo-tipped.