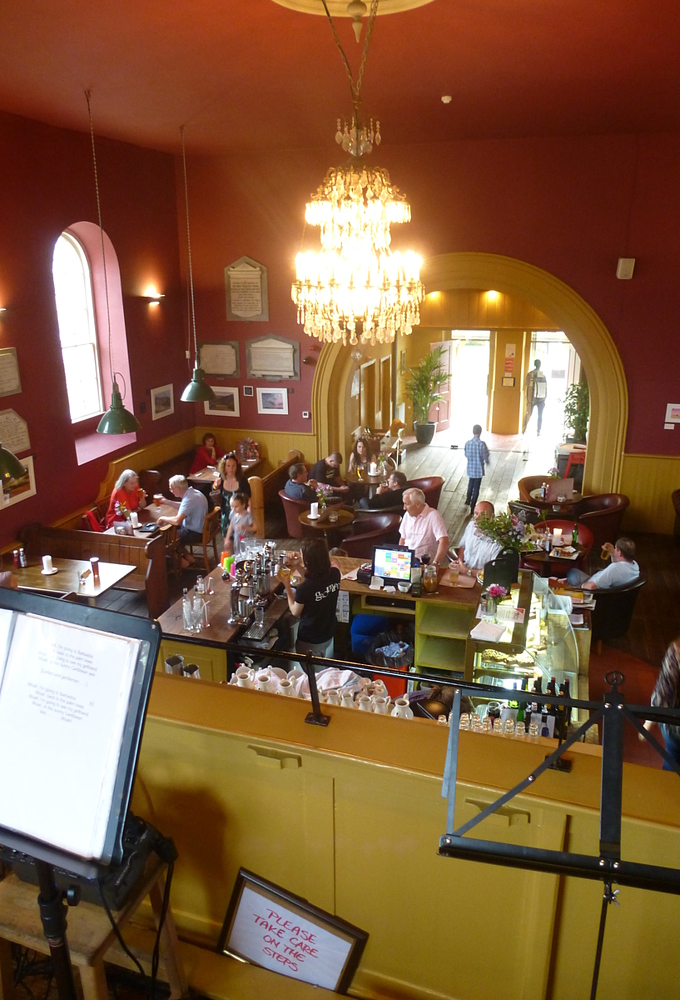 6th March 2017 - Choired for Sound now has a new rehearsal location - the Community Centre (formerly the NAAFI) at the junction of Leafy Lane and Portal Avenue. Same day (Thursday) and time (7:30).

Choired for Sound meets at Rudloe Community Centre every Thursday at 7:30 during school term times. It was started in autumn 2012 by Birgitte Wymer (known as 'Gita') with notable help from Eleanor, Steve, Alice and others. Two concerts were held at the Centre, one at Christmas 2012 and the other in June 2013.

Gita is now Norway bound so for the best part of a year (as I write in March 2015) the choir has been organised, conducted and generally kept in its place by Eleanor (choiredforsound@gmail.com).The choir consists mainly of members of the fairer sex. Only four blokes are, or have been, involved. Recruits always welcome; no auditions; no particular ability required (certainly true in my case), just enthusiasm.

The choir has performed 'sets' at the Corsham WWI commemoration concert, various local WIs, old folks' homes (including a Christmas concert at Sandford, Somerset) and has the occasional slot at The Flemish Weaver. Below are the YouTube links to some of the pieces performed at the June 2013 concert.

('Stuck' has become stuck after 79 views! I will delete and reload it)

Okay, the new 'Stuck' is here:

I dreamed a dream:

An 'offshoot' of the choir, which became known as 'Thorns and Roses' started in 2014. This choir is licked into shape by musical maestro Steve (steve-thompson3@sky.com) at rehearsals (usually) at Church House, Church Street, Corsham on Monday or Tuesday evenings in the weeks prior to performances. Past performances have been of Caribbean and R&B/rock & roll sets at Grounded, Corsham and The Flemish Weaver.The next concert is at Grounded on Wednesday 20th May 2015.