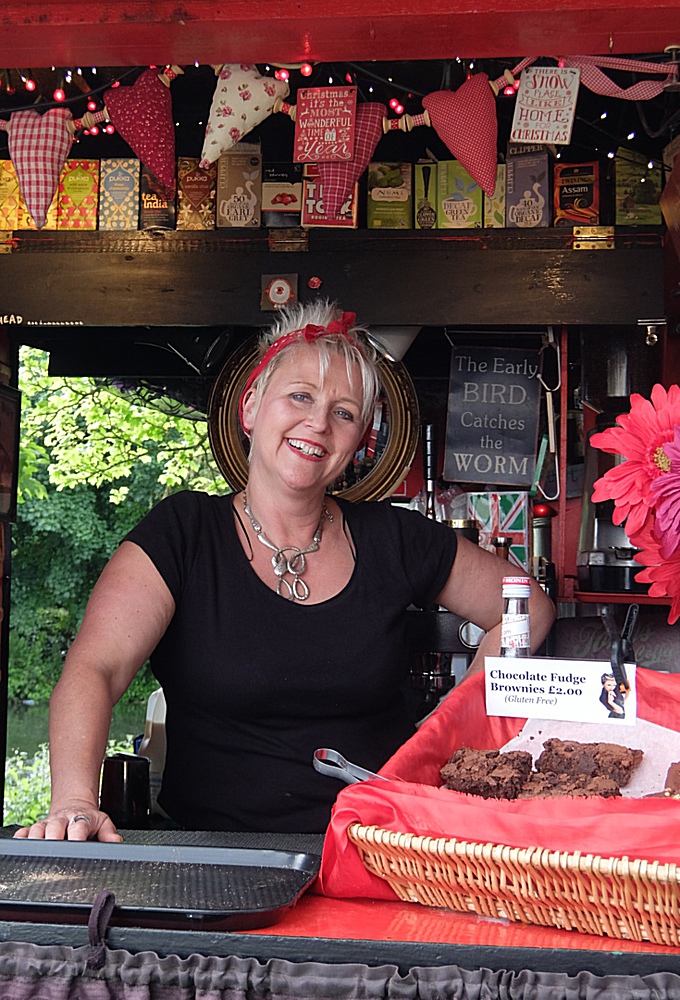 The May holiday festivals show the English (and the Gaelic nations) at their eccentric best. Such events as this one, the Castle Combe Steam Fair (Castle Combe - 2017) and Box Revels demonstrate that 'fringe' English culture is alive and well.

However, Libby Purves in today's (Monday, 29th May 2017) Times would have us believe that 'we' English, unlike the Irish and their "Irishness", have lost our national identity. This may be (or appear to be) true as when compared with, for example, the plethora of wild and wonderful Spanish festivals (Running of the Bulls, Las Fallas in Valencia, Seville Holy Week and so on - see Spanish festivals) our celebrations appear tame. Perhaps it's that many continental celebrations are deep-rooted in religion and we have lost our faith (and become a secular nation). 'Our' biggest festival is the Notting Hill Carnival which is not 'ours' at all but a Caribbean celebration. Whatever happened to Chippenham Carnival?

Have we lost our raison d'etre (that well known English phrase) and our sense of adventure? Have we succumbed to English officialdom, political correctness and the health and safety culture (we could never have a 'Baby Jumping Festival - see 'Spanish festivals' above)? As mentioned elsewhere on this website, it seems that we have become frightened of our own shadows in not wanting to upset anybody (the 'blacking up' of certain morris troupes at Chippenham Folk Festival was complained about last year by the PC set). Or ... have we become lost in the 'multicultural society' (or the "multicultural project" as the BBC recently described it) - you know, that 'project' about which we didn't have a referendum.

"Viva" our fringe culture - Bath Fringe Festival is now on (26th May - 11th June - see Bath Fringe), Glastonbury (Glastonbury) will soon be with us as will Marlborough Jazz Festival (Marlborough Jazz) and so on and so on - there are hundreds of summer festivals coming up - more 'fringe' and non-religious (pagan if you like) than the spectacular, traditional celebrations of other nations but damned good for all that.

This very article, our constant soul-searching and the examination of our own navels may be part of the problem 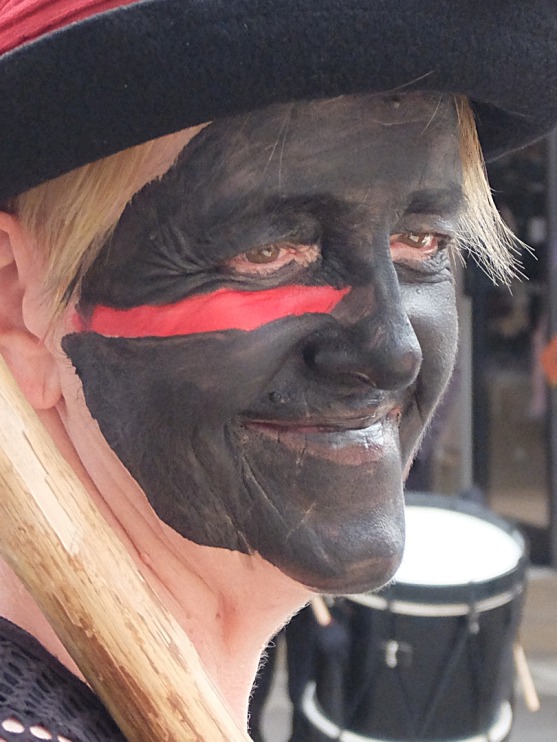 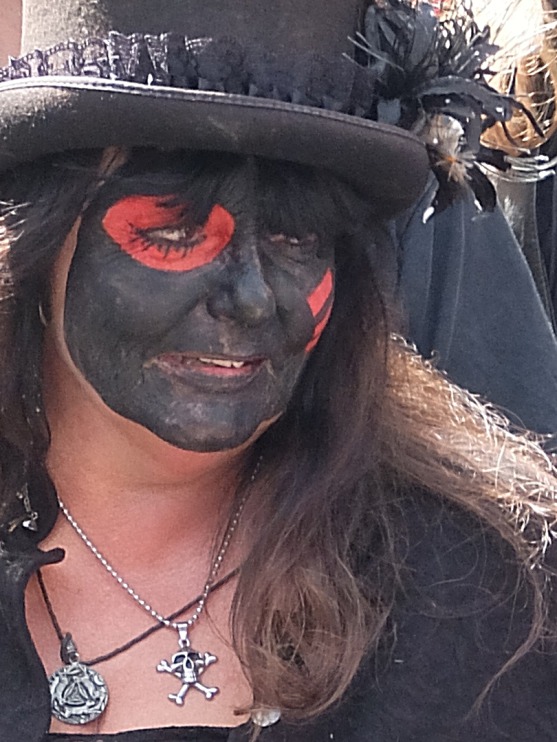 Another member of the Bloodstone Border Morris 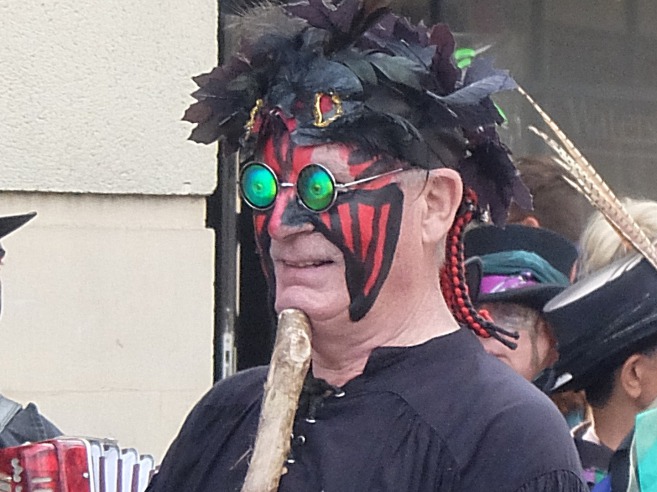 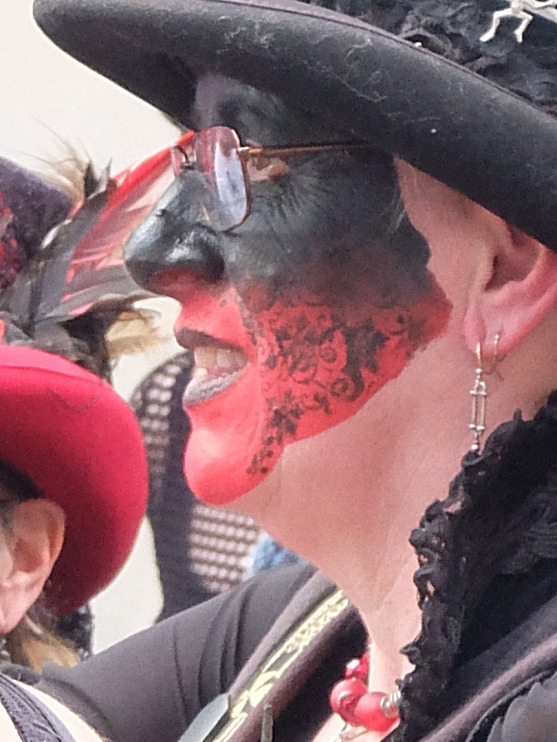 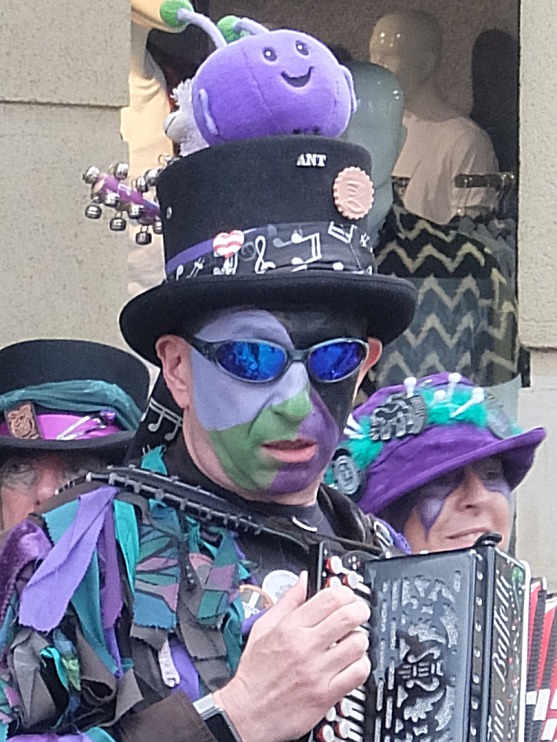 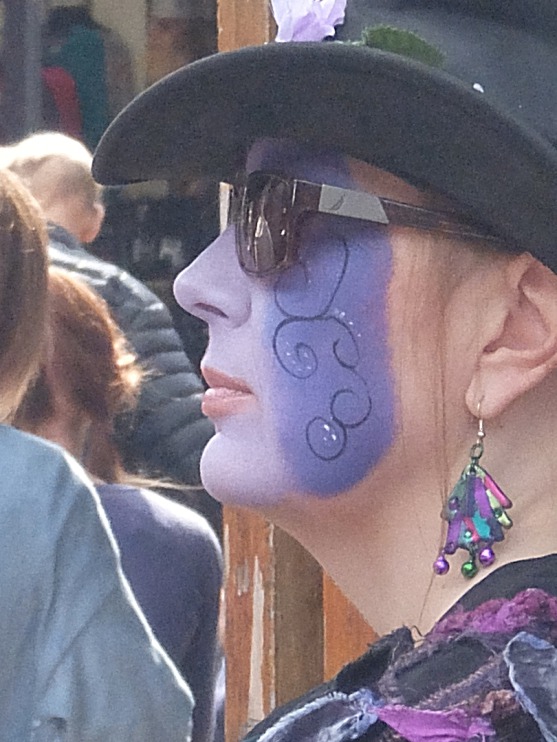 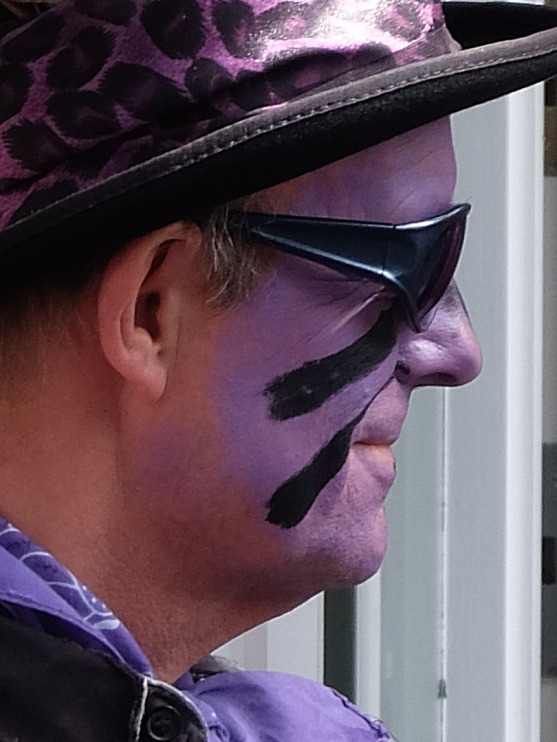 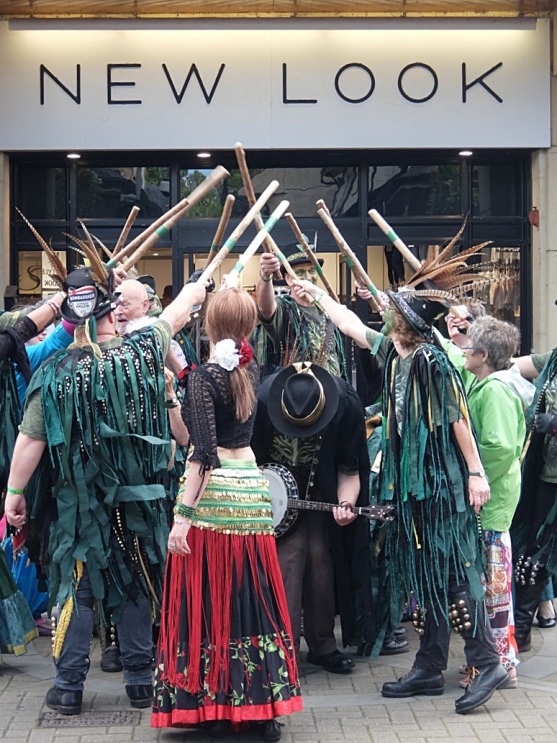 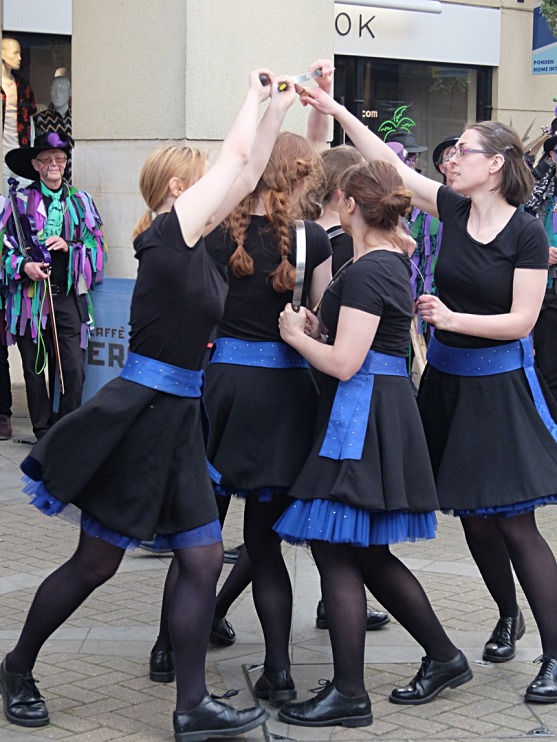 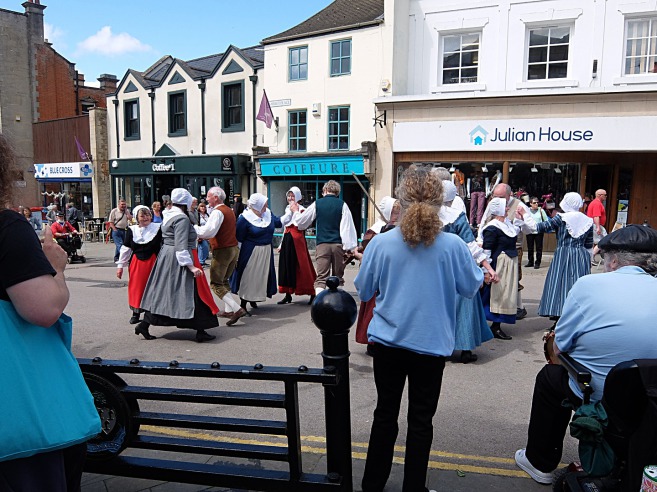 Traditional Welsh dancing in the Market Place (back in the sixties, Blue Cross was Newman's Saddlery, Coiffure was Banks's greengrocer's and the Halifax 'bank' [next to Julian House] was Brewser's shoe shop)